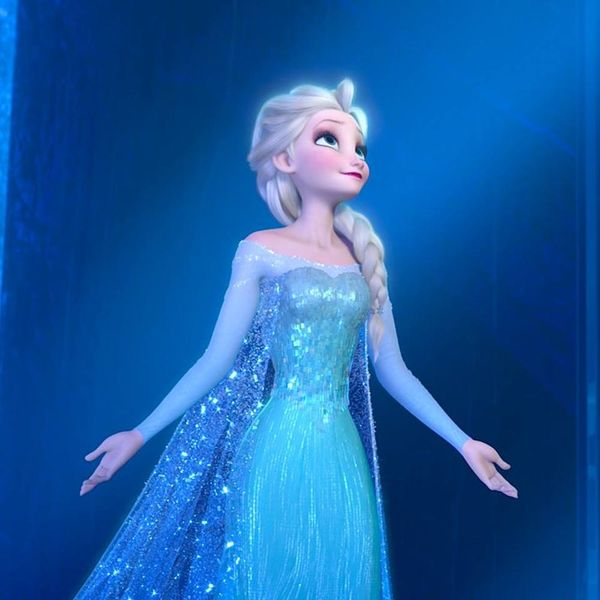 While we’re still squee-ing over the nine live-action movies Disney has just announced and trembling at the idea of Emma Stone as Cruella De Vil, other Disney-lovers were focused on a trending effort calling for another sort of character that the mega-movie makers have yet to include. Specifically, they’d like the makers of Frozen to #GiveElsaAGirlfriend.

With the Frozen sequel already scheduled for 2018 (or possibly slightly later), Twitter user @lexi4prez tweeted a pic of Elsa with a flame being held out to her with the line, “Fire can come in millions of colors, just like your ice, Queen Elsa.” Lexi added her own, “#GiveElsaAGirlfriend let the romance begin.” Begin it did! Or at least one heck of a movement on the internet.

Can this please happen @Disney #GiveElsaAGirlfriend
So many princes and princesses would adore this,grown ones too. pic.twitter.com/5tDySgzLnD

Others on social media were quick to respond with users like @cassie_kutev adding, “Can this please happen @Disney #GiveElsaAGirlfriend So many princes and princesses would adore this, grown ones too.” With Elsa ending the first movie without marrying the prince, fans see room for a groundbreaking Disney story.

When discussing the sequel with MTV News, director Chris Buck did say, “We have two very strong female leads in ’Frozen.’ We will keep that going in the next one. We will tackle other issues that, I think, are out there today that boys and girls, men and women, are dealing with.” Then continued, “I think we’re very aware of what is happening in society. I don’t think any of us take [them] lightly, even though they can be very funny and entertaining, the messages that our movies have and the influence they can have on young people. When the kids [watch] them, they watch them over and over again, and if we don’t have a decent message in there, I think we’ve missed an opportunity.”

Do you think it’s time for Disney to feature a gay character? Tweet us @BritandCo!