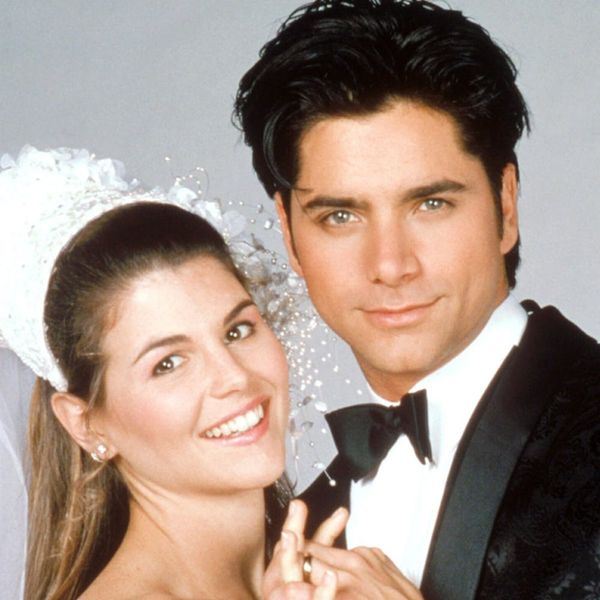 We’ve been hearing about some pretty brutal celebrity breakups lately. With Blake Shelton and Miranda Lambert calling it quits and Ben Affleck and Jennifer Garner going their separate ways it’s safe to say that we’re in need of some reassurance that true love actually does exist. It looks as though Uncle Jesse (excuse us, John Stamos) has heard our plea because he just Instagrammed a perfect photo from the set of the Full House revival, Fuller House.

Stamos recently shared this adorable photo of him and Lori Loughlin (AKA Aunt Becky) holding hands with their wedding rings on full display. Stamos captioned the photo, “Becky and Jesse together Forever.” Now, let’s all take a collective sigh of relief, because if this couple didn’t last we just might have given up on love altogether.

While his photo with Lori is giving us all the feels, it actually isn’t the first behind-the-scenes look John has shared from the set of Fuller House. On Saturday he posted a photo reading a script in front of his trailer alongside the caption, “And we’re back! Same sideburns- different decade.” We were already excited for this reboot, but now we’re counting down the days until we can add this series to our Netflix queue.

Who is your favorite on-screen couple? Share with us in the comments below.

(Photos via @johnstamos and ABC)

Cortney Clift
Cortney is the senior writer and special projects editor at Brit + Co. She typically covers topics related to women's issues, politics, and lifestyle. When she's not buried behind her computer you'll find her exploring New York City or planning her next big adventure.
Netflix
Home News
Netflix
More From Home News