Gabrielle Union on #MeToo: “I Don’t Think It’s a Coincidence Whose Pain Has Been Taken Seriously” 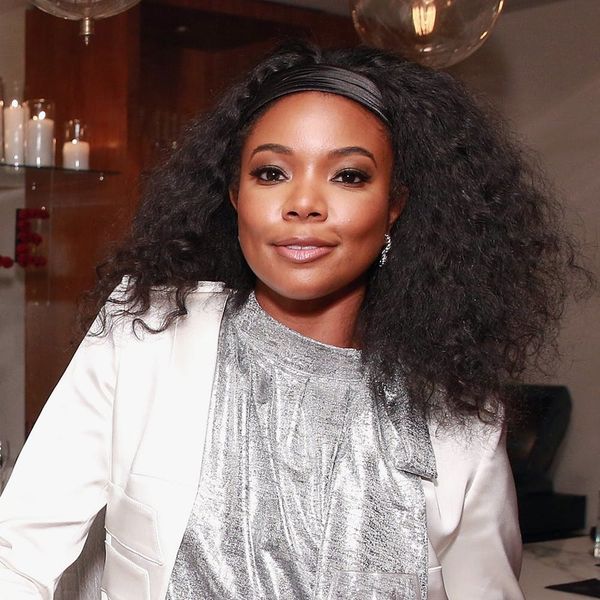 In Gabrielle Union’s memoir, We’re Going to Need More Wine, the actress opens up about everything from her ongoing fertility struggles with husband Dwayne Wade to her career, and even the harrowing story of her rape at the age of 19 while at work — absolutely nothing is off limits for the Being Mary Jane star.

While working at a Payless store in an affluent suburb, the then-teen was raped at gunpoint during a store robbery at closing time. Because of the store’s location, working security cameras, and the fact that her assailant was a former Payless employee who had robbed and assaulted a different staffer at a different store location, Union’s rapist was caught and sentenced to 33 years in jail. She also successfully sued her employer for their role in her assault.

In a profile on the author for the New York Times, Union admits that she feels that the evidence to support her attack made it easier for her to come forward about it. She also says that she understood why, even then, everything eventually worked in her favor — she calls herself the “perfect victim” because the deck was stacked in a way that made it possible that she would be believed. Union admits that, even now, her celebrity status helps her share her story in a wholly believable way, and that in and of itself is a problem, especially because so few Black women are truly believed when they come forward.

“I think the floodgates have opened for white women,” she says. “I don’t think it’s a coincidence whose pain has been taken seriously. Whose pain we have shown and continue to show. Whose pain is tolerable and whose pain is intolerable. And whose pain needs to be addressed now.”

“When we have the microphone,” Union asks, “how often do we pass it back to the people who are experiencing a different challenge, but who are equally deserving as having the microphone?”

While the Bring It On star affirms that we should be passing the microphone “to the side” to share stories, she has been using her book tour as a bit of a therapeutic sounding board for those fans her story has deeply touched. Admitting that she still suffers from PTSD since her attack, she says she often cries in her hotel room at the end of book signings with fans pouring their hearts out to her to commiserate and heal.

With We’re going to Need More Wine coming out just two weeks after the Weinstein bomb went off, Union understands that the status of the victims coming forward is what has caused this cultural change over anything else.

What do you think of Gabrielle Union’s assertion about #MeToo? Tell us @BritandCo!