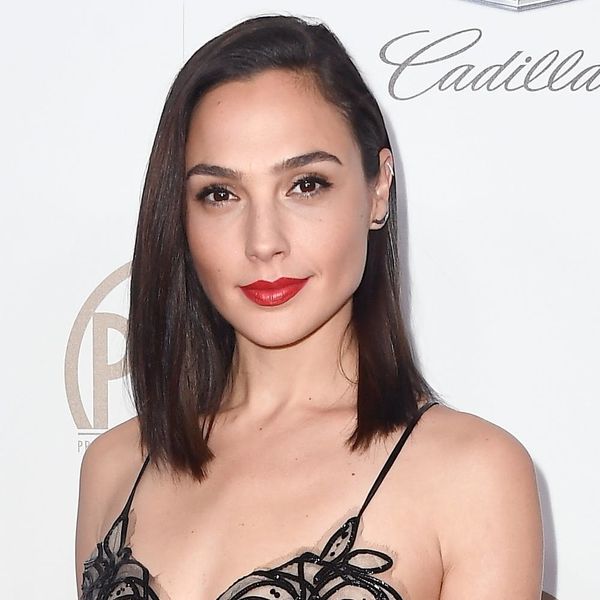 The 2018 Oscar nominations featured many expected nods for awards season faves, as well as some record-breaking and history-making surprises. There were also, as usual, some snubs, with fan-favorite Wonder Woman being overlooked entirely by the Academy. But the shutout, while upsetting to some, didn’t faze star Gal Gadot — and her attitude about the whole thing is actually super refreshing.

“I was very moved and touched by the people who were disappointed that Wonder Woman wasn’t nominated,” Gadot told ET. “But we certainly never did the movie for that.”

Wonder Womanbroke box-office records, earned critical accolades, and sparked widespread conversations about the importance of representation in mainstream superhero films. And while big-action blockbusters aren’t always considered serious Oscar contenders, some, like Dunkirk and Logan, managed to earn a few nominations this awards season (including for the Oscars). Many people thought Patty Jenkins was a front-runner for a Best Director nomination, but she has gone unrecognized by every major awards show.

“I think that you can’t have it all,” Gadot continued to ET. “We’ve done this movie and it was received in such an amazing, wonderful way, and we want to stay humble and grateful, and we’re going to have another movie, so who knows? Maybe the next one!”

The “next one,” Jenkins has said, will be “totally different” than the first. “It’s its own movie completely,” she recently told ET. “So it’s not ‘two’ to us.”

The second Wonder Woman will also, quite fittingly, be the first film to implement the Producers Guild of America’s new anti-sexual harassment guidelines.

What do you think of Gal Gadot’s response to the Oscars snub? Let us know @BritandCo!