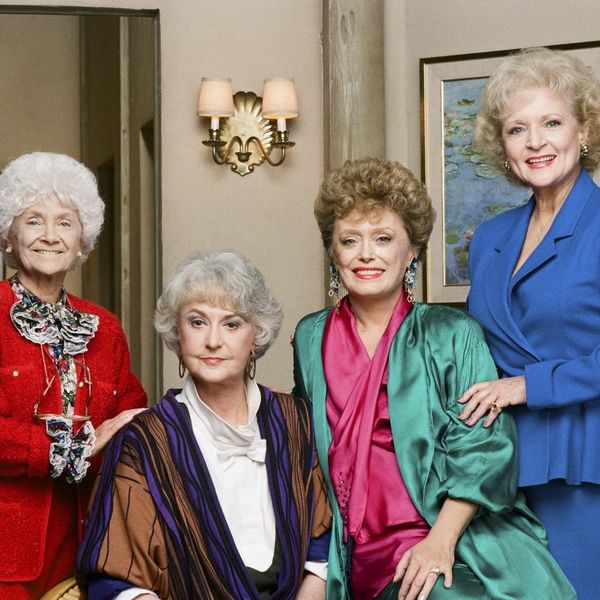 It’s been 32 years since the first episode of Golden Girls aired, but based on the success of the recently opened Golden Girls Cafe, it’s safe to say that Blanche, Sophia, Rose, and Dorothy still live on in the hearts of their adoring fans — and now, thanks to novelty site Always Fits, they can be part of your food life, as well!

The company is selling a Golden Girls Hot Sauce 4-Pack Set ($40) inspired by each of the show’s characters. Bea Spicy, for instance, was created for Bea Arthur’s Dorothy Zbornak, while Desert Rose features the sweet face of Betty White as Rose Nylund. Rue McClanahan’s Blanche Devereaux is immortalized in Hot Slut, a nod to her famously frisky character, and, last but not least, Sicilian Fire for Estelle Getty’s Sophia Petrillo.

Desert Rose and Bea Spicy, made with jalapeños, are on the milder side, while the other two flavors will do a number on you with a blend of habaneros, garlic, carrots, and spices (though, to be fair, it’s only right that Sophia, the fiery matriarch of the household, and Blanche, who has a penchant for… steamy encounters, would have their essences bottled with such hot peppers).

Best of all, even if the sauces are too much for you, the bottles will look great as decorations!

Will you try the Golden Girls hot sauce? Tell us @BritandCo!

Shea Lignitz
Shea can be found in the nearest bookstore or brewery, exploring the great outdoors, or blasting Led Zeppelin. She grew up in the cold and rain of Northern California's redwoods but is currently wandering around Texas.
Foodie
Food News
Foodie Nostalgia TV
The Conversation