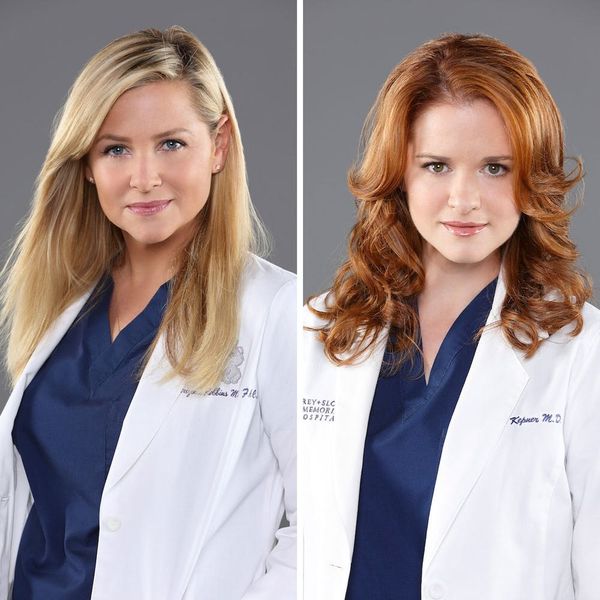 Grey’s Anatomy is set to say goodbye to Sarah Drew (Dr. April Kepner) and Jessica Capshaw (Dr. Arizona Robbins) at the end of its current 14th season, and in a new teaser for the season’s penultimate episode, we get a glimpse at what could be a devastating ending for one of them.

In a preview for episode 23, which is set to air Thursday, May 10, the team at Grey Sloan Memorial goes to work on one of its own — April — after she’s involved in what appears to be an accident of some sort. There’s panic in the hospital room and Meredith (Ellen Pompeo) is seen bursting into tears — right before Jackson (Jesse Williams) rushes to her side.

Grey’s Anatomy first revealed in March that Drew and Capshaw would be leaving the show. “It’s always hard for me to say goodbye to any of my characters,” Grey’s creator Shonda Rhimes tweeted at the time. “Both Arizona Robbins and April Kepner are not only beloved but iconic — both the LBGTQ and devout Christian communities are underrepresented on TV. I will be forever grateful to both Jessica and Sarah for bringing these characters to life with such vibrant performance and for inspiring women around the globe. They will always be a part of our Shondaland family.”

In the weeks since, both actresses have been sharing emotional goodbyes on Twitter. “I know you’re sad. I’m sad too…I’m not ready to say my thank yous and give an all encompassing statement about my nine years here. That will come later,” Drew wrote on Instagram. “For now, I’d like to say: I love you. And I love April, and her story isn’t over yet.”

This week’s episode also hinted at how Dr. Robbins could be written out, suggesting that she could be moving to New York to see Callie. Time will tell, but it’s safe to say there will be many tears shed either way.

Are you looking forward to seeing how Dr. Kepner and Dr. Robbins’ stories wrap up? Let us know @BritandCo.