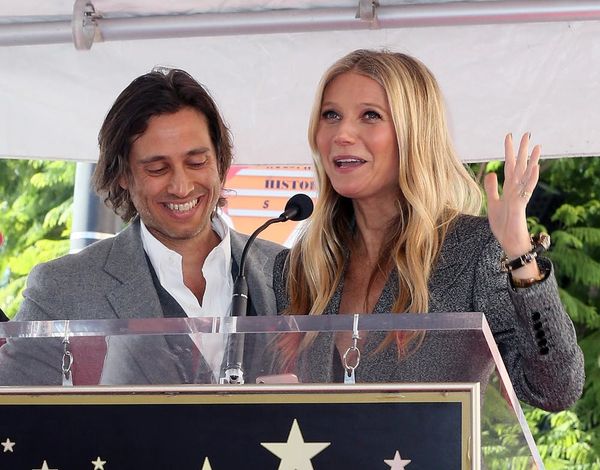 It’s been five months since Gwyneth Paltrow and Brad Falchuk said “I do” in a star-studded Hamptons wedding, and it’s clear the newlyweds are more in love than ever. As the Glee co-creator turned 48 on March 1, Paltrow took to Instagram to share the sweetest birthday message for her beau.

Posting a selfie in which all of the focus is on Falchuk and only half of her own face is showing, the 46-year-old actress gushed, “It’s your birthday, but it really feels like you are the gift. Not just to me, and to @izzyfalchuck and Brody, but to all of us who are fortunate enough to know and love you.” (Falchuk has two kids, son Brody and daughter Isabella, from his previous marriage to Suzanne Bukinik.)

Paltrow went on to share more words of praise and love. “You are my rock, my true north, my favorite person to eat with, to travel with. You are a true friend. You want only what is for the highest good. You always help me see what I can’t. I am so happy you were born @bradfalchuk, I love you so much,” she concluded, capping off her adorable note with a heart emoji.

The pair first met in 2010 when Paltrow landed a guest role on Glee, but they didn’t begin dating until 2014, after she consciously uncoupled from Coldplay frontman Chris Martin, who, incidentally, celebrated his birthday on March 2. The goop CEO made sure to show some love for the father of her two kids as well, returning to Instagram with a snap of her and Martin, which she captioned, “Happy Birthday CAJM. This is a special one. We love you so much. #42”

What do you think of Gwyneth Paltrow’s birthday notes? Tweet us @BritandCo.