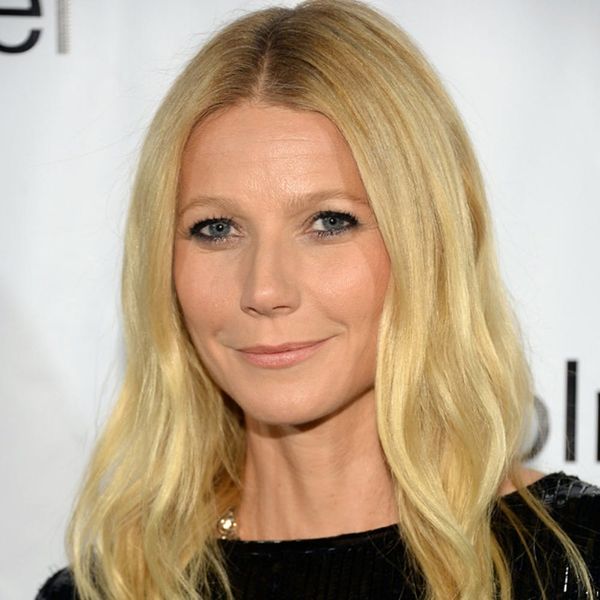 It’s been a big week for Gwyneth Paltrow. Yesterday at the Fast Company Innovation Festival, she announced that her lifestyle brand Goop would now be publishing books under the title Goop Press. Now that having a lifestyle brand is like the new handbag in Hollywood, it’s a move that will no doubt make the ultra-posh brand stand out among those of her peers (and besties), including Reese Witherspoon’s Draper James and Jessica Alba’s Honest Company. So how does Gwyneth feel about her fellow celebs who followed in her footsteps with lifestyle companies of their own? You could say, pretty pumped.

“I think it’s wonderful. We’re living in such an exciting time where women feel that they have the capability and the permission to expand and to go into different areas,” she said of Reese’s + Jessica’s ventures. “It’s wonderful to see women feeling entrepreneurial and bullish about what they can bring to the market and to the culture.”

As for whether or not she worries if those brands (and her buds) will eventually become competitors, she seemed pretty zen about it (after all, she is Gwyneth Paltrow). “No, I really don’t. My mother [actress Blythe Danner] really raised me not to be competitive. I remember when I was first starting acting, feeling competitive: ‘Oh no, if I don’t get this part, that’s it.'” She continued, “My mother told me there’s really a piece of the pie for everybody and you just need to focus on what you’re doing, you need to work hard and don’t look to the side because you know you want everybody to do well. I think we all are doing very different things, we all are focused on different markets and so I think it’s great and we help each other.”

Lisa Gersh, the CEO of Goop, noted, “I think you look at businesses that are being launched, I know they’re associated with celebrity, but they’re really associated with a set of values. A brand is a set of values, so you look at Gwyneth’s values, everyone understood what that was, they understood the aesthetic, whether it was the conditioner for your hair, whatever it was, you understood what those sets of values were,” (referencing Paltrow’s propensity for pared-down, high-end style.) “You look at Reese [Witherspoon’s Draper James], everyone understands it’s a Southern sensibility, everyone associates with that.”

You can expect four releases from Goop Press, the content of which will be sourced from Goop and its expert contributors. The first to hit the presses will be Paltrow’s It’s All Easy cookbook, which comes out in April, and a beauty book is scheduled for next fall. Paltrow said, “With so much incredible content now being produced at Goop.com on a daily basis, we’re excited to memorialize it for audiences across the world.” Let’s see if Gwyn will encourage Reese + Jess to publish books of their own — that would all make some bookshelf very happy/stylish.

Are you pro Goop or more of a Draper James girl? Share below.

Meredith Lepore
Meredith is a freelance writer/editor who writes for Levo League, Bustle, Refinery 29, Instyle.com as well as magazines including Marie Claire, SELF, Women's Health and Cosmopolitan. Before going freelance she was Editor in Chief of the women's career site The Grindstone. She earned her Masters in Magazine, Newspaper and Online Journalism from the Newhouse School at Syracuse University. Meredith resides in New York full time and enjoys SoulCycle, jogging and playing with her Yorkshire Terrier Otis, who also loves SoulCycle.
Books
Pop Culture
Books Gwyneth Paltrow Jessica Alba Reese Witherspoon
More From Pop Culture