The Hidden Meaning Behind Your Favorite “Harry Potter” Characters’ Names 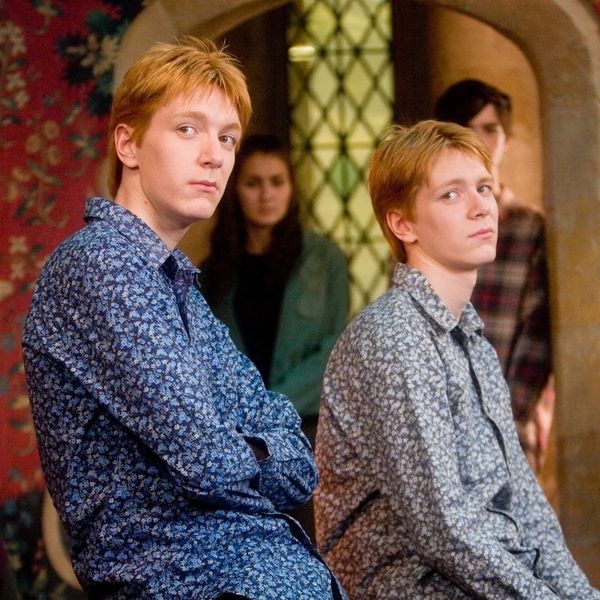 Many of these Harry Potter names are references or wordplay that, had we been aware as children, reveal that character’s role or personality. Take note, writers: You can really pack a punch with your characters’ names. It’s the kind of clever detail that makes you say “aha!” as a teenager or adult, engages you, and surprises you years after the fact.

1. Fred and George Weasley: The Weasley clan often have royal names, and it’s possible that Rowling used the nominal connections to the British aristocracy and George’s ear loss to foreshadow Fred’s untimely death. King George III ascended to the throne after his father, Prince Frederick, died relatively young at 44, and the new king was plagued by a degenerative disease that likely made him partially deaf.

2. Gilderoy Lockhart: An early 17th-century outlaw from Scotland bore the boys’ name Gilderoy, and it’s possible that Rowling took inspiration from this person when creating her character — perhaps by creating a foil. Where the historical Gilderoy did thieve and murder, resulting in notoriety, Lockhart claims many famous achievements, having done nothing but erase the memories of those who accomplished them. Gilderoy may also be wordplay: His life is gilded and his surname could refer to his “heart” being too “locked up” for him to feel anything but egocentrism.

3. Argus Filch: The mythological giant, Argus, literally had a hundred eyes on nearly every square inch of his body, making him Hera’s ideal guard for her husband’s concubine. The caretaker’s duties include prowling the grounds with his cat, watching out for students in forbidden areas of the castle and at prohibited hours, though he perhaps thinks himself more adept at this duty than he really is. The character’s surname may reflect his tendency to snatch various trinkets from the students he does catch (and his desire to pilfer some magic for himself).

4. Xenophilius Lovegood: Xeno- refers to strangers, -phile to love. Love of foreigners, of the strange, of the unusual is an apt, unique name for the eccentric editor of The Quibbler, a magazine of poor reputation. Luna’s father has an open mind, inviting to possibilities, a characteristic oddly absent from many in the magical community. Lovegood may also allude to the father and daughter’s kindly nature, their love of what’s good and ability to see the best in others.

5. Sybill Trelawney and Her Great-Great Grandmother, Cassandra: Named for the Greek sibyls (or prophetesses), Trelawney has a reputation for being a fraud, despite uttering a number of small, accurate prophecies in addition to the two she made while entranced. The general skepticism toward Sybill could be attributed to her great-great grandmother, Cassandra. In mythology, Cassandra was blessed by Apollo, who cursed her after she spurned his affections so that no one would ever believe her prophecies. Supposing this curse was passed down, it’s no wonder that the professor seems so inept and that the reader spends most of the novels scoffing whenever she’s mentioned. Perhaps Trelawney is a true seer, at least whenever she’s not actively trying.

6. Minerva McGonagall: The stern, capable, and intelligent transfiguration professor is named after the Roman goddess of wisdom, revered also as a battle strategist. Which makes sense for McGonagall, who led the defense of Hogwarts castle. Both are self-sufficient and admired by subjects/students as much as they’re feared.

7. Sirius Black: Sirius is named after the “Dog Star” in the constellation, Canis Major. The character, of course, can transfigure into a black dog, the detail upon which the whole plot of The Prisoner of Azkaban hinged. (In addition to being a basic descriptor, the surname Black could also refer to the dark deeds that much of Sirius’s family engages in.)

8. Fenrir Greyback: Fenrir/Fenris is a monstrous wolf in Norse mythology, a creature that bit off the hand of the god Tyr and is destined to kill Odin. Greyback is a werewolf that relishes his monstrosity, notorious for turning as many other people as possible into werewolves, developing a taste for blood even outside of his monthly transformation.

9. Mrs. Norris: Mrs. Norris is a nosy, judgmental aunt in Jane Austen’s Mansfield Park, the kind of character you love to hate: doting on her disrespectful nieces and mistreating the novel’s protagonist. As the Filch’s cat, Mrs. Norris serves a similar role, always popping up when it’s least convenient for our heroes and threatening, without a word, to tattle.

10. Narcissa Malfoy: Narcissus is the Ancient Greek name of the character from whom we get the term narcissism: He stares at his own reflection in the surface of a spring and falls in love with it. While Narcissa Malroy’s selfishness typically comes from a need for self-preservation and a desire to fulfill her own interests, it’s the reason that she serves and later betrays Voldemort.

What are your favorite Harry Potter inspired names? Let us know @BritandCo.

This post was previously published on Nameberry by Kathleen McIntosh.