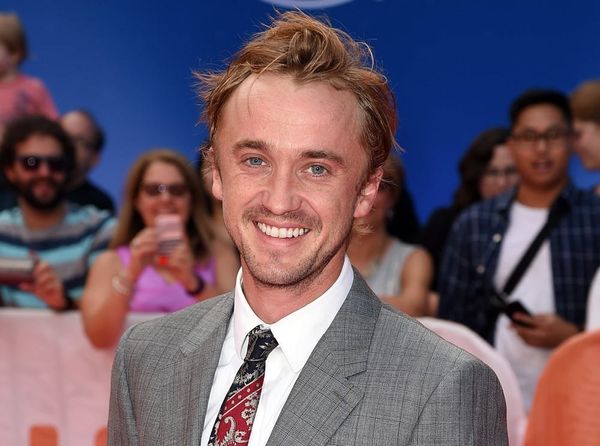 It’s been seven years since the final Harry Potter film was released, and these days whenever the franchise’s cast members reunite, like Emma Watson and Robert Pattinson did at the 2018 Golden Globes, the fandom freaks out. As it happens, though, Watson has been regularly reuniting with another one of her costars, Tom Felton, who says the two hang out “all the time.”

“We do see each other quite a lot actually,” Felton, who played Draco Malfoy alongside Watson’s Hermione Granger in the franchise, recently told Us Weekly. “We just don’t always post pictures about it.”

The most recent reunion — or, at least, the most recently Instagrammed one — took place in early November. Watson shared a snap of herself and Felton smiling in the LA sun, along with a video of the two sharing a skateboard as Felton jokingly criticized her (lack of) skills.

“She was in my neighborhood and I hadn’t seen her for a few months,” Felton told Us of the Harry Potter hangout. “And I decided to take her for a skateboarding lesson, which she was very good at. She’s quite hard on herself. But she’s actually very good at it. So yeah, that was fun. I always enjoy spending time with her.”

Watson joked in the caption of the Instagram post that Felton had been “tolerating my subpar skating skills since 1999.”

When Felton and Watson’s reunions do show up in photos, it’s always a treat — like when Watson invited him and Matthew Lewis (AKA Neville Longbottom) to the Beauty and the Beast premiere in 2017.

“Everyone loves the reunion of it,” Felton told Us Weekly. “We’re reuniting all the time, we just don’t always post it on Instagram.”

What do you think of Tom and Emma hanging out all the time? Let us know @BritandCo!