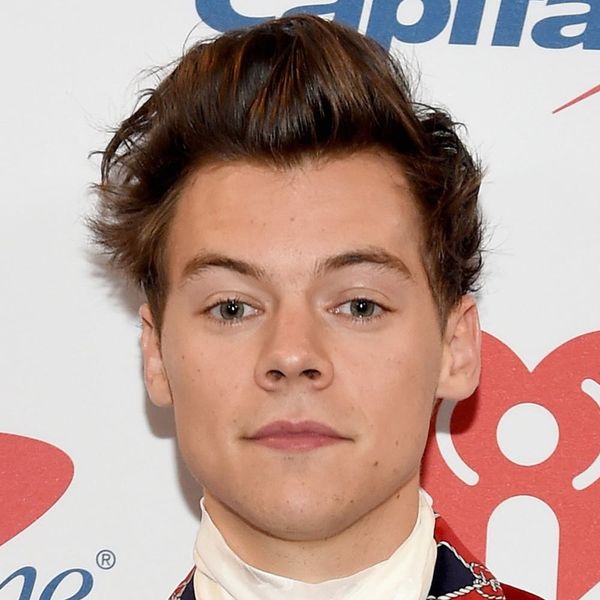 Sexual assault has been a much-talked-about subject in recent weeks in the wake of the Harvey Weinstein scandal, which saw the digressions of the famous film producer brought to light after decades of silence. The brave stories that have since followed, both in Hollywood and online, have given us all pause for thought, with hope to collectively do better as a society with regard to rape culture in the future.

With calls for change still abounding, fans of singer Harry Styles are doing their part by taking to the internet to speak out after they witnessed the 23-year-old being touched inappropriately by a fan while performing onstage.

Styles was singing a track from his self-titled album, “Kiwi,” when an overzealous young woman reached up and grabbed him in his nether regions. The musician pushed her hand away and changed his position before continuing on with his set.

The interaction was captured on video, however, and the clip quickly went viral, sparking the now trending hashtag #RespectHarry to let the fans — and the world — know that that type of behavior will no longer be accepted in the public domain.

friendly reminder, Harry Styles is just as human as you are and i’m sure you wouldn’t enjoy being grabbed in that way without consent.

What that girl did groping Harry like that was so disrespectful after all he’s done. That was sexual assault #RespectHarry 😔❤️@Harry_Styles pic.twitter.com/Ro3orrSRXq

I'm so pissed hearing about the "fan" that grabbed Harry Styles. NEVER touch someone without their permission.

I'm in tears. Harry has created such a safe space for everyone, and this is how he's repaid? Sexual assault? I just… 😭😠 #RespectHarry

harry styles was sexually assaulted. men can be victims of sexual assault. don't brush it off just because he's a man

The unfortunate occurrence reminds us all that sexual harassment and assault are not one-gender issues, and that we’ve got a long way to go on both sides. Still, the response of his fans proves we’re moving in the right direction by not staying silent when we see something wrong.

Styles has not commented on the incident.

Are you happy to see so many speaking up in Harry’s defense? Share your thoughts over @BritandCo.

Nicole Briese
Nicole is the weekend editor for Brit + Co who loves bringing you all the latest buzz. When she's not busy typing away into the wee hours, you can usually find her canoodling with her fur babies, rooting around in a bookstore, or rocking out at a concert of some sort (Guns N' Roses forever!). Check out all her latest musings and past work at nicolebjean.com.
Celebrities
Empowerment
Celebrities Controversy