People Are Responding to #MeToo With #HowIWillChange 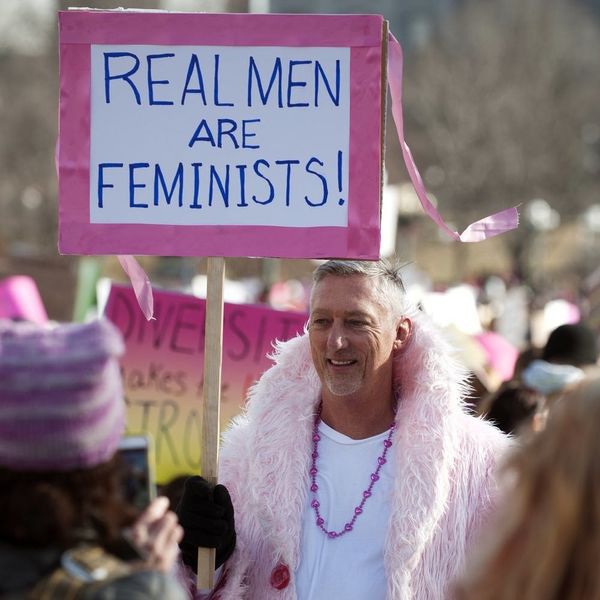 Since the hashtag #MeToo, originally begun by Tarana Burke back in 2007, was revived on social media last week as a battle cry for awareness regarding sexual harassment and assault in the wake of the Harvey Weinstein allegations, it’s done much to give scope to the magnitude of the issues at hand: CBS reports that more than 12 million posts, comments, and reactions to the hashtag have emerged in recent days.

And yet, the movement hasn’t been entirely without its critics, who note that participation largely places the brunt of the actions necessary for social change on the victimized women being called to come forth and share their stories, rather than on the very men who perpetrated them. Calls for new hashtags, such as #IDidThat, #HimThough, and #HimToo began to arise.

Now, there’s hope for yet another campaign, as #HowIWillChange has emerged as a way for allies to respond in a positive, forward-moving manner. With a focus on commitment to address the issues we can no longer accept, this new social movement directly challenges men to declare how they’ll help remedy the problem.

The hashtag was born earlier this week when writer Benjamin Law was moved to speak out after seeing all the “#MeToo” tweets with stories of sexual assault and harassment. He took to Twitter to call out his peers, writing, “Guys, it’s our turn. After yesterday’s endless #MeToo stories of women being abused, assaulted and harassed, today we say #HowIWillChange.”

Guys, it's our turn.

After yesterday's endless #MeToo stories of women being abused, assaulted and harassed, today we say #HowIWillChange.

#HowIWillChange: Pull up men I know on sexism & report them for rape. I have less to lose than women doing the same. https://t.co/KAuACyuNzu

Taking the lead, Law tweeted the ways in which he intends to make change, including regularly donating to women’s shelters, calling out sexism in men he knows and reporting them for rape (“I have less to lose than women doing the same”), and recognizing that he doesn’t have to be the perpetrator to be the bad guy (“Questioning harassment, not doing anything about it — all as bad”). Furthermore, he promised to do it all “without expecting to be congratulated or praised since women do the heavy lifting every other f*cking day.”

Men, how will you help us change the cultural epidemic of sexual harassment and assault? #HowIWillChange https://t.co/w0Og0k8Yr2

Luckily, his call didn’t go unanswered: Check out some of the other responses to the tag below.

#HowIWillChange I'm going to call out harassment, every time. I'll call out toxic masculinity, every time. No more going along to get along.

#HowIWillChange: I will confront anyone who make sexist statement about women even as silly jokes.

#HowIWillChange: I will listen to women more closely, seeking to understand before seeking to be understood. Then, if it helps, I will act. https://t.co/LF4cjbJHwe

I will never blame a victim, and I will never stand and watch as a man makes unwanted advances on a woman #HowIWillChange

I will teach my son to respect all women. I’ll never walk away when i see a woman is being harassed, but try and stop it. #HowIWillChange

I will work at being a better listener and ally, calling out victim-blaming, & being a dad who empowers his daughters. #HowIWillChange

While #HowIWillChange may be just a tiny dent in the work that needs to be implemented by such promises, it’s certainly a sign that people are no longer willing to sit by silently as abuse and harassment continue. Let’s keep the momentum of change rolling.

What do you think about #HowIWillChange? Let us know @BritandCo.

Desiree O
Desirée O is a ‘Professional Bohemian’ who loves anything and everything related to the arts, entertainment, and pop culture. She ADORES being a ‘Newsy’ for Brit + Co, covering all of the latest tidbits of awesomeness that you want to read about. When she’s not writing, she’s either making messy art, going on long adventurous walks with her camera, or poking around over at bohemianizm (http://www.bohemianizm.com/). You can find out about Desirée O and her work at http://DesireeO.com/ or follow her on Twitter @DesireeO.
Feminism
Current Events
Feminism social media twitter
More From Current Events