Heidi Klum Says She Never Responded When Drake Texted Her, Because He Was ‘a Week Too Late’ 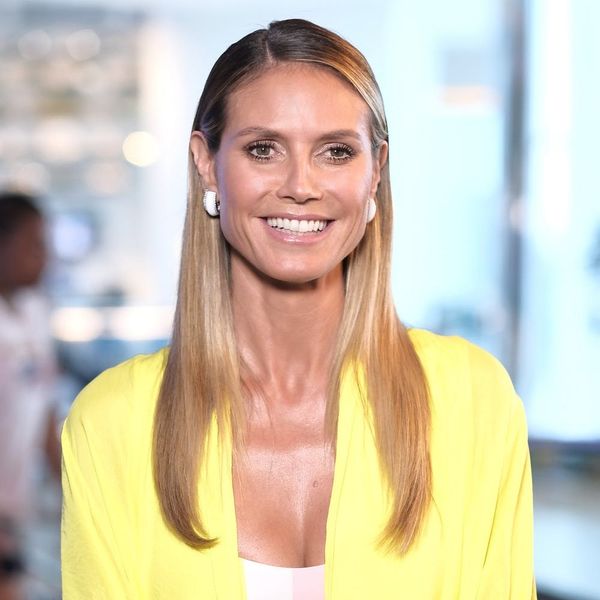 Oh, what might have been. Heidi Klum revealed in an interview with Ellen DeGeneres this week that she ignored a text from Drake when he reached out after a different Ellen appearance last winter.

Back in February, Klum and DeGeneres played a game of “Who’d You Rather,” where the America’s Got Talent judge had to choose among famous men including Jake Gyllenhaal, Chris Rock, Milo Ventimiglia, Chadwick Boseman, Adrien Brody, Harry Styles, Brad Pitt, Liev Schreiber, Chance the Rapper, and Drake, who ended up her top pick.

Not long afterward, the “Hotline Bling” rapper texted Klum. But she had already met someone else. “Sorry, Drake! You snooze, you lose, you know what I mean?” she joked during her most recent appearance on The Ellen DeGeneres Show on Tuesday, September 11.

“He was basically a week too late,” she explained. “Someone who I know knows him, and I guess he asked to have my number, and then he texted me. I was like, ‘Oh, my gosh. This is so weird!'”

Unfortunately, their potential romance wasn’t meant to be. “I never texted him back,” she admitted. “Because I found the love of my life.” (Klum has been dating Tokio Hotel guitarist Tom Kaulitz for seven months after reportedly meeting him through Germany’s Next Top Model.)

The model also spoke about leaving Project Runway for a new fashion show with Tim Gunn. “After 16 years, I felt like it was time for this baby to walk by itself and for me to push out a new one,” she quipped. “I feel like what we’ve never had at Project Runway was something for the designers, where the designers create something that then can actually end up in your closets. So I think it’s amazing now that when you see our new fashion show, they have the opportunity to sell the clothes to you guys if you like them. So I think that was always missing and I love that aspect of it.”

Could you see Heidi Klum and Drake as a couple? Let us know @BritandCo!