Sorry, Pepsi: Heineken Just Proved You CAN Do a Political Ad Right 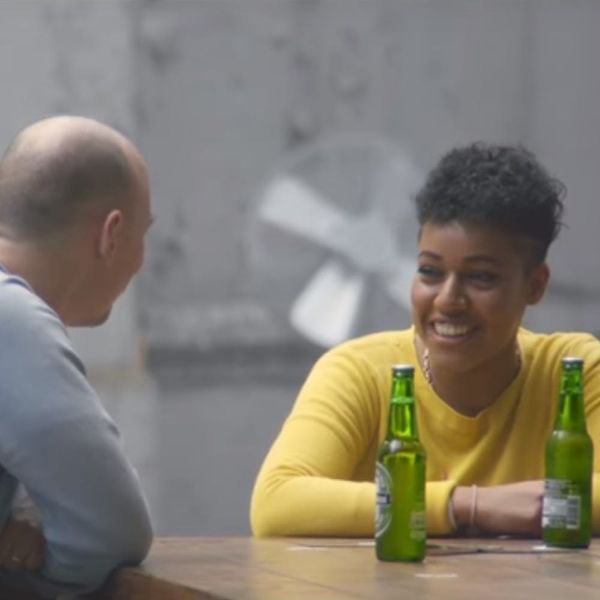 Kendall Jenner may have decided to NOT address the entire Pepsi controversy, hoping that people will forget about it sooner rather than later, but Heineken seems to have a better idea. The company has just released a politically infused ad of their own and, honestly, it’ll give you chills.

As you’ll likely recall, Kendall Jenner’s Pepsi commercial set up a fake protest so that the celeb could whip off her wig and sweep in with some refreshing cans of soda, which was deemed more than a little offensive (and totally tone-deaf) by plenty of fans and foes.

Heineken, on the other hand, has taken pretty much the exact opposite route, asking you to #OpenYourWorld while you’re opening a bottle. There are no famous folks in their ad: just normal, everyday people. Instead of a fake protest, there are various individuals with different views coming together on their own terms. It’s stark. It’s pointed. It’s incredible.

Heineken offers the chance to get to know one another, and when differences arise, those involved are invited to walk away or stay for a beer and discussion.

Instead of co-opting real-life demonstrations of struggle, Heineken merely shows how their product (in a way) can be used to truly bring people together. Check out their ad below:

What did you think about Heineken’s #OpenYourWorld ad? Let us know @BritandCo!

Desiree O
Desirée O is a ‘Professional Bohemian’ who loves anything and everything related to the arts, entertainment, and pop culture. She ADORES being a ‘Newsy’ for Brit + Co, covering all of the latest tidbits of awesomeness that you want to read about. When she’s not writing, she’s either making messy art, going on long adventurous walks with her camera, or poking around over at bohemianizm (http://www.bohemianizm.com/). You can find out about Desirée O and her work at http://DesireeO.com/ or follow her on Twitter @DesireeO.
Gender
Diversity
Gender Politics