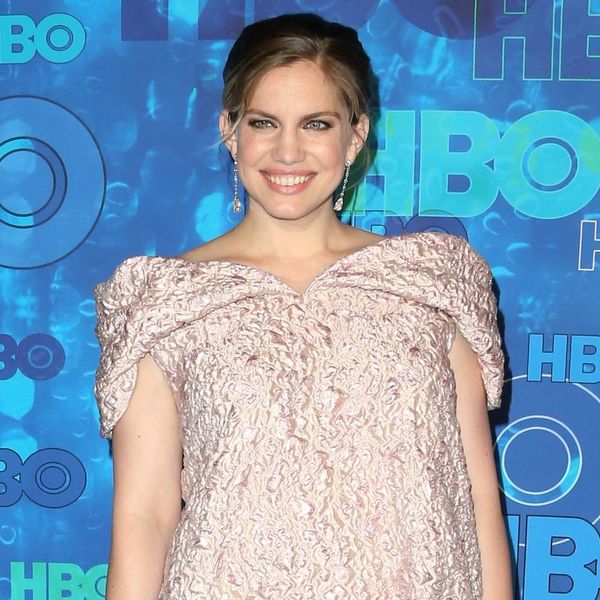 We’ll admit it — we’re ordinarily not super big on sports (unless hardcore workouts are included). But when the Chicago Cubs won their National League championship game last night, advancing to the World Series for the first time in 71 years, even we stopped and took note.

For those of you doing the math, the last time the Cubs clinched the pennant, it was 1945. World War II was just ending, and America was still on a shoe ration.

Many, of course, believe their (very long) run of bad luck was due to a curse local tavern owner Billy Sianis put on the team when he was asked to remove his pet goat (and tavern mascot) from the stadium during the fourth game of the 1945 World Series. After he uttered the chilling words, “Them Cubs, they ain’t gonna’ win no more,” it’s been a wash for the boys in red, white and blue — until last night, that is, when, on the 46th anniversary of Billy’s death, the Cubs finally, FINALLY advanced to the league’s final showdown.

The entire world seemed to be celebrating the achievement, including plenty of rather notable celebs. See how they reacted to the big win below!

1. John Cusack: Chicago native John Cusack’s entire Twitter page was practically an ode to the Cubs, but this goat meme was our favorite.

It's happening !!! No more next year baby, meet you in Chicago… Cubs are going to the World Series !!! pic.twitter.com/Gx7yfqN2hj

2. Jeremy Piven: The Entourage star celebrated the end of the curse, saying, “No more next year, baby, meet you in Chicago.”

That look when you cap off a day on the trail by watching the @Cubs cement their trip to the #WorldSeries. #FlyTheW pic.twitter.com/94KMWpKHwe

3. Hillary Clinton: Hillary Clinton’s shock was apparent to anyone and everyone who got a glimpse of her face the moment she found out the Cubs had done it.

4. Sophia Bush: Residing in Chicago to film her Chicago P.D. series, Sophia Bush congratulated her “home away from home.”

I'll tell you what's happening, the Cubs are going to the World Series! Wow! And Cleveland is going too! The drought is OVER!

5. Bette Midler: Bette gave everyone a recap of the sitch.

Richard Kimball and @Cubs, both from Chicago, both must endure much to reach their destiny

8. Giuliana Rancic: Chicago transplant and E! personality Giuliana showed her excitement for the boys in blue.

We are all Bill Murray tonight. Can you believe it? The Cubs are in the World Series! #Cubs https://t.co/os9426RynS

10. Bill Murray: Arguably no one was more excited than Bill Murray, however, who had the greatest response of all when he quite literally burst into tears. Awwww, congratulations, Bill!

Are you rooting for the Cubs? Tells us over @BritandCo.

Nicole Briese
Nicole is the weekend editor for Brit + Co who loves bringing you all the latest buzz. When she's not busy typing away into the wee hours, you can usually find her canoodling with her fur babies, rooting around in a bookstore, or rocking out at a concert of some sort (Guns N' Roses forever!). Check out all her latest musings and past work at nicolebjean.com.
social media
Celebrity News
social media