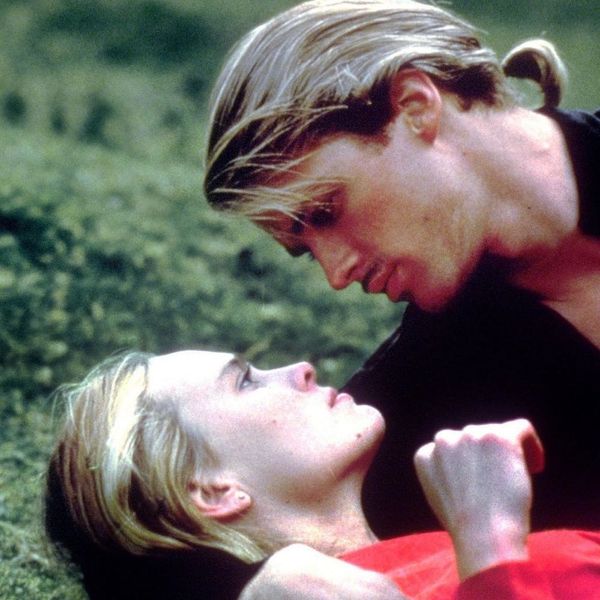 We can hardly believe it’s almost Valentine’s Day (our BF JUST forced us to take down our Christmas tree decorations, truth be told), yet in just one short month, the most romantic day of the year will be upon us. In addition to noshing on some Flamin’ Hot Cheetos heart-shaped pizza, we’ve compiled a list of nine of the most heartfelt movies bingeable on Netflix RN to help you get into the lovey dovey spirit. Grab some Kleenex and get ready to swoon — we’ve got some real tear jerkers on our hands!

For fans of the classic fairy tale, there’s the old-school hit, The Princess Bride. This one’s got it all: a damsel in distress and her valiant prince, magic (what with an enchanted forest, potions, giants and all), and, of course, a happy ending. (Photo via The Princess Bride/20th Century Fox)

One Day answers the age-old question about whether or not a best guy and girl friend can ever remain truly platonic without developing feelings for one another (hint: not a chance — at least not in Dex and Emma’s case!). (Photo via One Day/Focus Features)

If there’s anything to take away from this one (apart from how to… well, lose a guy in 10 days), it’s that love can happen even when you don’t mean for it to — it’s out of our hands, really! (Love’s tricky like that.) (Photo via How to Lose a Guy in 10 Days/Paramount Pictures)

4. Blue Is the Warmest Color: With two females as its romantic leads — a blue-haired graduating art student and a nerdy outcast — this Cannes-film darling isn’t your traditional love story, but then again, what is really “traditional” when it comes to love these days? Love is love is love! (Photo via Wild Bunch)

Anything starring Matthew Mcconaughey (who has, more or less, become something of a master of the rom-com) is enough to make us swoon, but the super sweet story of the bridesmaid — er, wedding planner — that’s never the bride getting her shot at love is about as heartfelt as it gets. (Photo via Columbia Pictures)

As if a young Heath Ledger and Julia Stiles weren’t enough to draw us in, this teenage retelling of Othello’s The Taming of the Shrew has practically become a coming of age must-see with its angsty poems and wacky house party scenes (and yes, there’s a cheesy song and dance number — score!). (Photo via Buena Vista Pictures)

7. Save the Last Dance: What can we say — Julia Stiles tugs at the heartstrings! As one half of a pair of modern-day star-crossed lovers, Julia (an aspiring Juilliard dance student) and her street-wise beau (played by Sean Patrick Thomas) come together despite the odds and racial tensions. (Photo via Paramount)

: For anyone who’s ever believed in fate, this one’s for you. Kate Beckinsale and John Cusack have the perfect meet-cute, only to leave a secondary meeting to chance when life gets in the way, proving once and for all that timing is absolutely everything when it comes to love. (Photo via Serendipity/Miramax)

Starting a movie out with a failed business venture and a funeral may seem as far from romantic as you can get, but trust us when we say that Elizabethtown more than makes up for it with the chemistry seen between Orlando Bloom and Kirsten Dunst as they fall in love (which, BTDubs, was obviously real, as the pair dated for a time after the film). This one’s a bit of a love letter to life, really. (Photo via Paramount Pictures)
Nicole Briese
Nicole is the weekend editor for Brit + Co who loves bringing you all the latest buzz. When she's not busy typing away into the wee hours, you can usually find her canoodling with her fur babies, rooting around in a bookstore, or rocking out at a concert of some sort (Guns N' Roses forever!). Check out all her latest musings and past work at nicolebjean.com.
90s
Pop Culture
90s love Netflix Nostalgia Valentines Day
More From Pop Culture