We Now Have More Details About Nickelodeon’s Hey Arnold! Movie 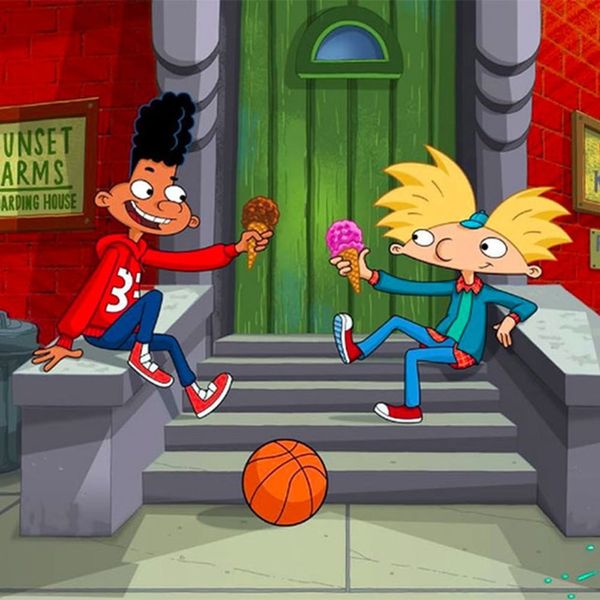 This seems to be the time when all of our ’90s nostalgia dreams are coming to life, with Steve Madden platform slides returning, My Little Pony collaborating on a nail polish line, and Lucky Charms releasing marshmallow-only boxes. Naturally, we were totally psyched when Nickelodeon announced plans to bring back one of our favorite ’90s classics, Hey Arnold!, and even though the network released key artwork for the upcoming movie last year, we’ve been impatiently waiting for more details ever since. That is, until now. In a new video, show creator Craig Bartlett tells us what to expect from Hey Arnold! The Jungle Movie.

First of all, you can ignore any notion of a time jump. Bartlett explains that even though we last saw our football-headed friend in 2004, he and his classmates will only be about a year older, now entering the sixth grade.

Arnold, his best friend Gerald, his bully-with-a-crush Helga, and Helga’s best friend Phoebe all stay true to their signature styles, but with minor upgrades, including fresh new-school-year shoes.

The plot of the two-hour movie will pick up right where the show left off: with the mystery of Arnold’s parents. (Arnold, you’ll remember, grew up with his grandparents in their boarding house.) We’ll reunite with Arnold and all of his friends in his hometown, and then the story will take the sixth graders to a made-up South American locale, San Lorenzo. While Bartlett hints that the map Arnold found in his dad’s journal during the series finale will play a role throughout the movie, we’ll have to wait to find out what will happen on the trip.

One thing is for sure: The return of Hey Arnold! is bound to be big. “This is the movie I always wanted to make,” Bartlett says.

Which ’90s classic do you want to see back on TV? Tell us @BritandCo!