How to Be a Good Ally During Pride 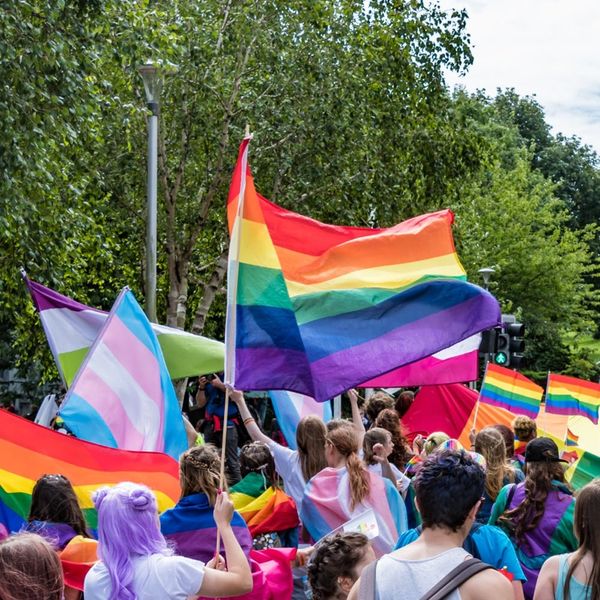 Whether you’re helping a friend dye their hair rainbow colors, serving up rainbow mimosas, or attending the now-nationwide parades in celebration of Pride Month, there’s no denying that LGBTQ+ pride has manifested in many different ways since its more somber beginnings in 1970 in the wake of the Stonewall riots. And in more recent years, many straight, cisgender people have opted to join in on the now-fun celebrations. Some have argued these more lighthearted homages are inappropriate when done by straight, cisgender people. But Billy Stevenson — owner and founder of iCandee Marketing and the board chair for the LGBT Chamber of Commerce of Illinois — says that, as long as those not on the LGBTQ+ spectrum come from a place of respect and support with their actions, their tributes are not only accepted but encouraged. Stevenson spoke with us about what it means to be an ally and what straight, cisgender people should know before heading to one of June’s many pride celebrations.

1. Understand the history. The LGBTQ+ community is steeped in history, but that history’s exclusion from school curricula means many people outside of the community are unaware of it. Dating back to the aforementioned Stonewall uprising, pride parades, rallies, marches, and the like have since assisted in equalizing the LGBTQ+ community, reduced stigma, and notably, brought attention to the devastating AIDS crisis. “These parades have not always been a ‘party’ but rather a demonstration of the power of our community and a demand that we be included,” Stevenson explains. Before there were rainbow tutus, there were riots, and the road between the two should not be diminished.

2. Understand your place in the movement. Stevenson acknowledges that, because of their inherent position of power, straight, cisgender allies have been integral to the advancement of the LGBTQ+ movement. “The reality is the LGBTQ+ community would be nowhere were it not for the support of our allies, and this is from both a social as well as economic perspective,” Stevenson says. “Our voice alone would not have advanced our movement and helped achieve the gains we have made to date.” However, pride still in no way belongs to straight, cisgender people. If anything, take Stevenson’s words as even more of a reason to be an ally rather than an appropriator. Remember the celebration is not about you, so decenter yourself.

3. Understand the true meaning of allyship. Being an ally does not merely mean being a good friend or family member to an LGBTQ+ loved one (though this is a sound start). In addition to following numbers 1 and 2, allyship is about earnestly respecting and supporting the LGBTQ+ community — “ally” should always be a verb more than a noun, an activity you engage in rather than a badge you wear. Stevenson says the best way for one to distinguish oneself as a true ally is by understanding, listening, supporting, and advocating. “Be respectful of the history and sacrifices the community has made to get to this point,” Stevenson reminds. “A parade is fun, yes, but it is still a small part of a larger social movement.”

Tweet us how you’re acting in solidarity with LGBTQ+ friends, family, and colleagues this June @BritandCo.

Annamarie Higley
Annamarie is a Californian who's been plopped in the middle of Missouri for her undergraduate studies in magazine journalism. She's a hiker, an eater, a lover of words. In her opinion, nothing beats a well-made breakfast sammy or a well-crafted sentence.
Family
Relationships
Family Friends LGBTQ Work