Happy Oktoberfest! How to Order a Beer in 17 Countries 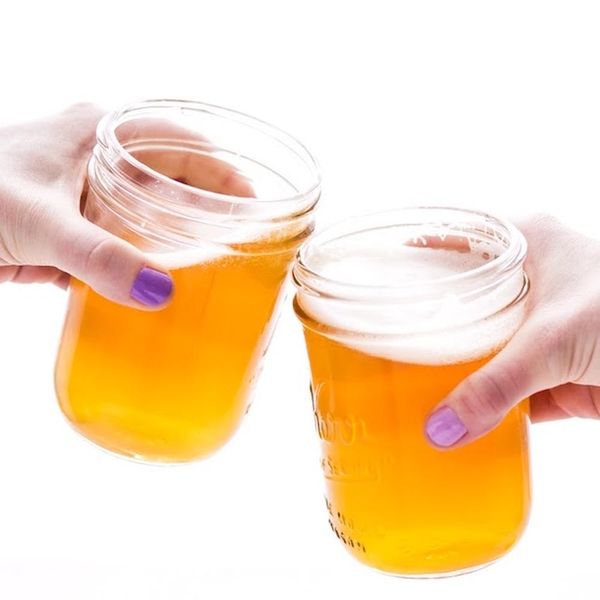 Beer is a beautiful thing. We’re not saying it’s our *only* beloved drink, but it definitely ranks high on the list. When we’re not drinking it, we’re making beer bread recipes, cooking with beer or crafting DIY projects with beer bottles. And we’re NOT ashamed. Beer is a globally consumed beverage that is believed to have originated nearly 4,000 years ago in ancient Mesopotamia, and its popularity is hardly dwindling. No matter what corner of the globe you travel to (like Germany for Oktoberfest!), you’re likely to find at least one or two beer options. If you’re on the road and jonesing for a brew, here’s how to order beer in 17 different countries.

A few takeaways: In Greece, you’ll want to say “Mee-a beer-a paraka-loh.” Say what? Yep, that’s how you order your beer if you’re traveling through that part of the world. Meanwhile, “Ow bee-a neung krup” would be how you’d pronounce your order in Thailand.

You’ll also notice that Spanish-speaking countries have some varying vocabulary. In Argentina, por ejemplo, you might hear beer referenced as “birra,” while Mexicans might use the term “chela.” “Cerveza” is yet another popular variant.

Of course, some of these may seem a tad off. In most parts of the US, you’re likely to be met with bad service if you simply say “Give me a beer!” without any pleases or thank-yous. The differentiation between the US and the UK, though, is pretty valid — while you may go out for a pint in the UK, you’re not likely to say that you’re going to grab a 16 ouncer with your coworkers in the US.

If you’re dining with your crew, you’ll probably also want to toast to your friends and their health. Whether you’re saying “Cheers!” in an English-speaking country, “¡Salud!” in a Spanish-speaking one or “Prost!” in Germany, you’re basically sending the same message: “Here’s to us!”

Whether you’re looking for travel tips or beer recipes, you can find tons of inspiration on our Pinterest page!

Maggie McCracken
Maggie McCracken is a freelance writer, blogger and aspiring digital nomad. She writes primarily about food, travel, yoga and healthy living, and she has a background in health and science journalism. You can read more of her work on her lifestyle and travel blog, The Olive Branch.
Travel
More From Travel