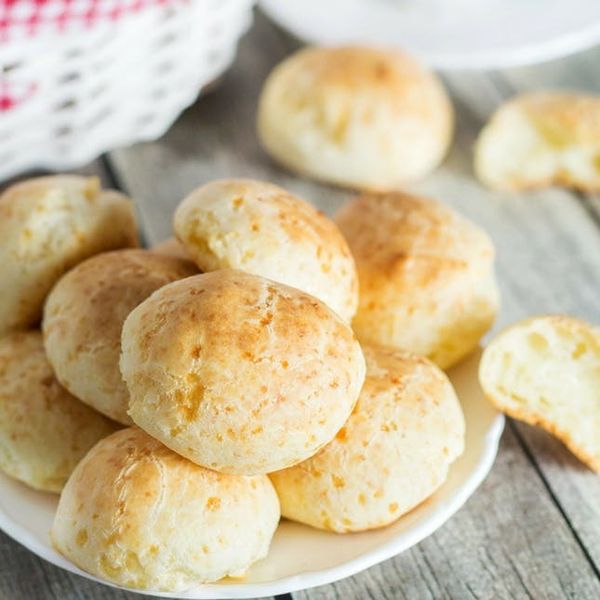 Bread is baked into the crust of nearly every culture worldwide and is an indispensable part of many diets. Cheap, filling, and not to mention delicious, bread has been made from almost every grain imaginable and it can also represent a region's tastes and traditions. Somehow in our modern age bread has come to be symbolized by the French baguette. Although a baguette is an important example (it can be used as a barometer for the value of French currency), it's not the only bread that's baked in the world. To acquaint you with some of the lesser known but no less delicious varieties, here are 10 breads that are worth indulging in some extra carbs for STAT.
Pita Bread: Almost everyone is familiar with pita bread, as it has made a new home in America. This bread is originally from the Middle East and is a slightly puffed flatbread that resembles a pizza crust. Baked on a wood fire, pita bread makes for an ideal pocket into which you can build a very portable sandwich. (via The View from Great Island)
Injera: Injera is a spongy sourdough flatbread made with teff and is more than just a piece of bread in Ethiopia. Injera is also used as an eating utensil to scoop up wats or thick stews that are served in bite-sized portions that look like the color wheel on your plate. (via Petit World Citizen)
Pao de Queijo: Pao de queijo is an interesting bread that's made from yucca fibers and is the result of a trade embargo between Brazil and Europe. These cheesy globes are bite-sized and served for breakfast and snacks... or really any time you want. (via Cooking the Globe)
Mantou: Though you may think that rice is the main staple in all of China, bread actually makes a regular appearance at the table. Mantou is an ancient steamed bun that's said to symbolize a head that was sacrificed to the gods. Despite its morbid mythology, these buns are quite delicious and can be bought on any street corner in northern China. (via Yummcious Recipes)
Laugenbrezel: In English, these are just soft pretzels, but it’s much more fun to say it in German and impress your friends. Most often seen in Southern Germany, these twisted pieces of bread are now synonymous with beer drinking and outdoor festivals. Pretzels are originally an invention of the church and were used as rewards in the Middle Ages and later as marks of love and fidelity in German and Swiss wedding ceremonies. (via Olivia’s Cuisine)
Challah: This traditional Jewish bread is made with eggs and is braided to give it its distinct appearance. Naturally, a bread this beautiful isn’t an everyday occurrence, and challah is traditionally eaten on the Sabbath or holidays. Although challah comes in many shapes, the most common is a braided one because it looks like arms intertwined and symbolizes love. (via Gather for Bread)
Khachapuri: In the country of Georgia, the national dish is an homage to leavened bread. Called khachapuri, this bread is shaped into a boat which is then filled with creamy, gooey cheese and an egg. We have to admit; we aren’t sure if it’s the bread or the cheese that's the star of the show here. (via Lavender & Macarons)
Roti: Unlike naan, which is leavened, Indian-based roti is unleavened bread made from whole wheat flour. If you need a comparison, it’s a bit like a tortilla, and in much the same way, this flatbread is served with curries, vegetables, and meat. (via Simmer to Slimmer)
Fry Bread: Ever heard of fried tacos? They’re based on something in the United States called Navajo tacos, which are made with fry bread. Native to the US, this bread is an incredibly simple, unleavened dough that's fried up and dressed with both savory and sweet ingredients. Don’t let its simplicity fool you though — it’s delicious! (via The Stay at Home Chef)
Irish Soda Bread: In traditional Irish soda bread, the leavener is only baking soda. This plain brown bread was originally jazzed up with caraway seeds, although today we see it filled with dried raisins and currents. With just four ingredients, this bread embodies the epitome of functional food. (via Alexandra’s Kitchen)

Find other scrumptious bread recipes by following us on Pinterest!