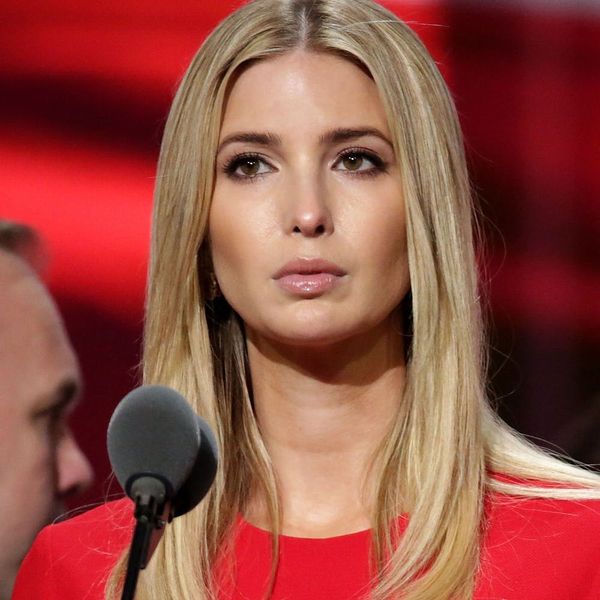 Literally everyone went gaga for Oprah Winfrey’s empowering and impassioned Golden Globes speech this past Sunday. Using her time in accepting her Cecil B. DeMille lifetime achievement award, Winfrey not only gave us a necessary history lesson, introducing millions to early civil rights activist Recy Taylor, but she also let the world know that the time for abuse against women is over.

During her speech, the former daytime icon not only lambasted abusive men, but also declared her love for journalism, saying, ” I value the press more than ever before as we try to navigate these complicated times,” a clear pot shot at President Trump’s constant allegations of “fake news” when outlets report negative stories about him or the administration. With all that Winfrey said, the last person you would think would openly support her did just that: Ivanka Trump.

Ivanka Trump, a White House staffer who has already come under intense scrutiny for refusing to acknowledge accusations against her father tweeted glowing support of Winfrey’s Globes speech… and immediately faced viscous fallout from people online.

The backlash was swift, due to a number of things the younger Trump refuses to publicly discuss, which suggest she is complicit in preventing her father from being held accountable for misconduct allegations, her silence when the administration reversed a gender-equal pay initiative, and her silence around her father’s decision to reinstate a Global Gag Order forcing countries that receive aid from the US from using financial aid to support abortion, abortion services or even abortion education or risk losing funding.

Great! You can make a lofty donation to the Time's Up Legal Defense Fund that is available to support your father's accusers.https://t.co/A8HCVa715v

While others clarified that it was the Trump family and the GOP’s administration that Oprah was talking to and about.

Some urged her to come forward and support victims of abuse, including those who have accused her father.

Uh… Ivanka… you do know Oprah was criticizing your dad, right?

These are the women who claimed your Dad raped or assaulted them. Will you stand together with them? Or continue to be complicit and let him grab more women by the hay nanny nannoo? pic.twitter.com/hIIh6FhLkI

While the rest just straight up dragged her.

You do realize that your father is not only a serial harasser of women, but the instigator and mouthpiece for a multitude of policies that seek the continued subjugation of women, POC, and non-heteronormative people? #Complicit #ThyNameIsTrump

This is the most hypocritical, clueless statement in her regrettable time in the WH. Your father has a trail of victims and supported Roy Moore, Ivanka. YOU are indeed part of the problem Ivanka. #complicit

Since tweeting her support for Winfrey, Trump has yet to comment on the backlash.

What do you think of Ivanka Trump’s comments? Let us know @BritandCo!