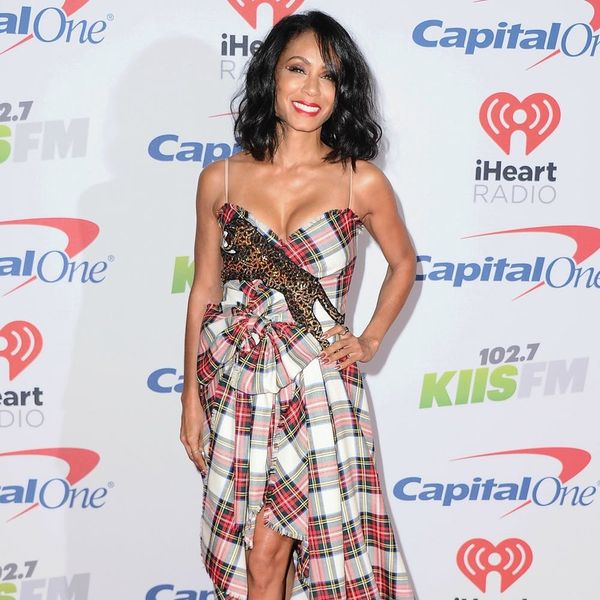 This year’s Golden Globes nominations weren’t without drama. While some fans were shocked with Get Out‘s inclusion in the “Comedy or Musical” category, there were plenty of snubs in the nominations (hi, Wonder Woman/Patty Jenkins).

Beyond what many consider a misstep by the Hollywood Foreign Press, actress Jada Pinkett Smith had a lot to say about the complete shut-out of her own smash hit, this summer’s Girls Trip, and particularly the exclusion of the movie’s breakout star, Tiffany Haddish. Calling out the association for more than just racism, Pinkett Smith took to Twitter and highlighted how the HFP won’t even watch most Black-centered movies, and that’s a bigger problem than just a regular snub.

I'm not upset about @TiffanyHaddish or @GirlsTripMovie not getting a nom… I'm discouraged about the fact that the Hollywood Foreign Press/@goldenglobes wouldn't even WATCH the movie.

Starting off by saying she wouldn’t talk about all the reasons she was irritated that her co-star wasn’t nominated, Pinkett Smith quickly changed her mind and tweeted, “I’m discouraged about the fact that the Hollywood Foreign Press/Golden Globes wouldn’t even WATCH the movie.”

“Girls Trip was one of the most successful films this summer & Tiff was hands down the funniest person on screen in 2017 and we couldn’t get eyes on the film or a press conference,” she continued. “How could a nom happen & how much more critical acclaim must a movie have to simply get a screening?”

Pinkett Smith also pointed out the hypocrisy of inviting Haddish to present an award, while completely omitting her breakout role from consideration.

And I dare not invalidate all the many journalist and people from all walks of life who have supported this movie by defining the issue as simply… racism.

While she didn’t want to “invalidate all the many journalists and people…who have supported” Girls Trip, the Wicked Wisdom singer wants to highlight the Hollywood system’s regular silencing and ignoring of Black art, finally saying, “Hollywood has systems in place that must learn to expand its concepts of race, gender equality and inclusion in regard to its perceptions of art across the board.”

While the 46-year-old actress and musician is hoping to open a bigger conversation towards changing the system in Hollywood, E!News reports that the HFPA, in fact, did host a Girls Trip screening in July.

This isn’t the first time the Hollywood machine has been accused of colorism. When white actors are cast in non-white roles — like Scarlet Johanssen portraying a Japanese character in The Ghost in the Shell, or Angelina Jolie playing mixed race Mariane Pearl in A Mighty Heart — the casting pushes more white faces into the spotlight instead of giving equal screen time to non-white actors and characters.

Black-centric movies are a major boon for the box office, even though they are regularly ignored at awards time, and there is an ongoing myth that Black movies don’t garner the same talent or attention. Girls Trip was one of the best reviewed movies this summer, with an 89 percent on Rotten Tomatoes, and a box office over $100 million.

Did you see Girls Trip? Let us know @BritandCo!

Kat Armstrong
Kat has been a writer, social media maven and mom for longer than she's willing to admit. She's also spent time in front of and behind the camera, interviewing celebs, politicians and acting as a producer for fashion and artistic photography shoots. When she isn't writing for various orgs and publications, she's hanging with her kids, husband and French Bulldog, Peter, in Toronto, Canada.
Movies
Diversity
Movies