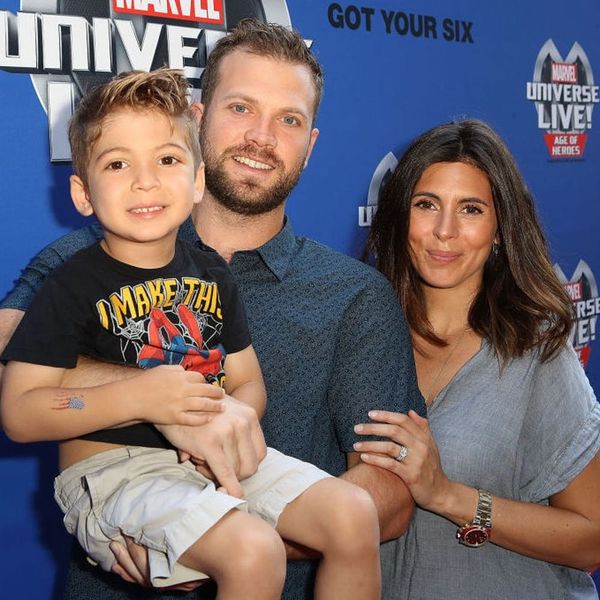 Sopranos and Entourage star Jamie-Lynn Sigler took to Instagram on Tuesday to share the news that she and her husband, Cutter Dykstra, are expecting their second child. She posted the original snap she sent to Dykstra when she first found out she was pregnant, and it is all kinds of adorable.

This is the actual pic I sent my husband this past Mother's Day while lying on the bathroom floor. I had just returned from Israel, was jet lagged, and didn't believe my eyes. So had to obviously be 5x over sure. We are SO excited to announce the arrival of another little one in just a few short months 😁👼🏼❤

In the photo, Sigler poses with five positive pregnancy tests and a surprised look on her face. As for the caption, she wrote, “This is the actual pic I sent my husband this past Mother’s Day while lying on the bathroom floor. I had just returned from Israel, was jet lagged, and didn’t believe my eyes. So had to obviously be @Clearblue 5x over sure. We are SO excited to announce the #ClearblueConfirmed arrival of another little one in just a few short months.”

Sigler and Dykstra got engaged in 2013 and welcomed their son Beau soon after. The pair wed in 2016, with Sigler planning the whole event. At the time of her marriage, Sigler announced that she had been living with multiple sclerosis since a diagnosis at age 20, which she said she was better equipped to handle with the help of her husband.

Speaking to People at the time, she gushed, “I’ve got an amazing husband, the best son, and I hope that we can make more babies and just keep having fun. I’m the luckiest girl in the world.”