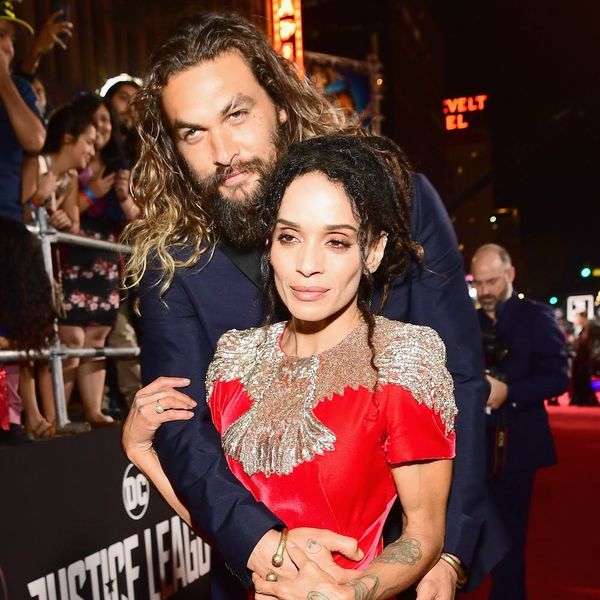 After an anonymous source outed what was supposed to be a secret ceremony, newlyweds Jason Momoa and Lisa Bonet are finally going public on their own terms. The actors made their first public appearance as the newly-minted Mr. and Mrs. at the Justice League premier, flashing some not-so-subtle wedding rings.

The actors were totals #couplegoals with Bonet in a knockout red dress (embellished with a gold bird, no less) and Momoa in a suave navy blue tux. Both man and wife were rocking some killer curls and the happy expressions of a pair of newlyweds.

The creative power couple showed off their unconventional taste in wedding bands with matching pearl rings set in gold, revealing their new baubles to a reporter for Entertainment Tonight.

Before the news of their low-key wedding broke, many had assumed the couple — who are parents to 10-year-old Lola Lolani and eight-year-old Nakoa-Wolf Manakauapo Namakaeha — had been married for a decade, thanks to their happy family vibe and Jason referring to Lisa as his “wife” in an interview. When asked what was the best thing about being married, the Momoa said it was, “Next level.” Sounds great whatever that means! Glad he put a ring on it.