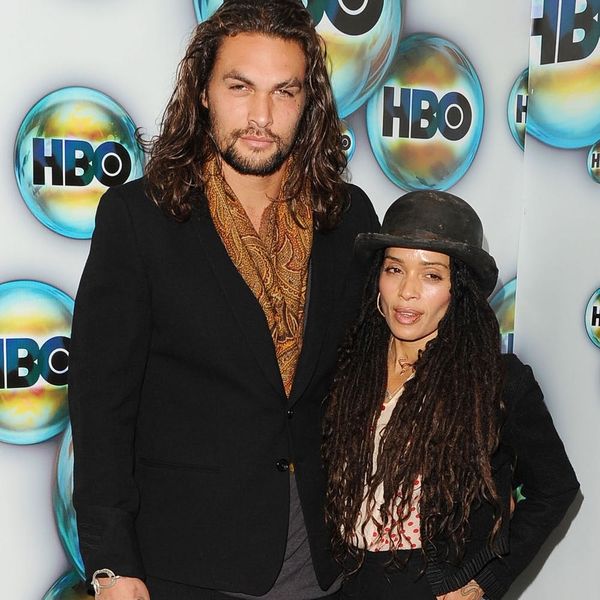 After 12 years of dating, Game of Thrones star Jason Momoa and his longtime love, Lisa Bonet, may have finally said their “I dos!” While reps for neither actor have confirmed the happy news, sources for both People and US Weekly are reporting that the couple wed in an “intimate ceremony” in early October.

The announcement will likely come as a shock to many, who believed the pair to have been married back as far as November of 2007. The RL Aquaman seemed to confirm the rumors back in 2013, when he used the term “wife” while telling a story in the midst of a TV interview. When the reporter pressed him for more, asking, “Your wife being?” Momoa played coy at first, saying, “My wife being a very pretty woman, and she’s beautiful, and I love her,” before clearly stating, “My wife’s Lisa Bonet.”

Momoa also made no move to correct a reporter for Huffington Post Live, who repeatedly referenced their “marriage,” instead quipping, “She’s my dream woman.”

In the same interview, the 38-year-old discussed how the pair met way back in 2005, saying, “It was through mutual friends; it just happened on a serendipitous night.” From there, he described their first date, which included Guinness beer and grits at a local diner.

Thank god for all my blessings Finally with my OHANA. Please please please. Australia Paparazzi Let me papa bear with my babies #drogoissleeping Mahalo for the respect Aloha j.

Since then, the twosome have been inseparable, welcoming their first child, Lola, in 2007, and a second babe, Nakoa-Wolf, the following year. The siblings join the Ray Donovan star’s first-born child with ex-husband Lenny Kravitz, 28-year-old actress and singer Zoë Kravitz.

Given the duo’s private nature, not much else is known about their ceremony beyond the guest list, which is said to have included Zoë, along with fellow reported newlyweds Alicia Vikander and Michael Fassbender.

Are you surprised these two are just now tying the knot? Share with us @BritandCo.

Nicole Briese
Nicole is the weekend editor for Brit + Co who loves bringing you all the latest buzz. When she's not busy typing away into the wee hours, you can usually find her canoodling with her fur babies, rooting around in a bookstore, or rocking out at a concert of some sort (Guns N' Roses forever!). Check out all her latest musings and past work at nicolebjean.com.
Celebrities
Celebrity News
Celebrities Celebrity Couples Celebrity Wedding love