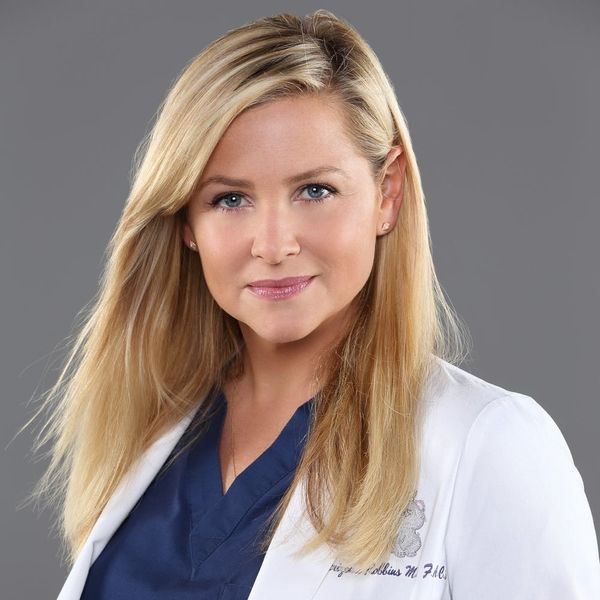 Grey’s Anatomy will be saying goodbye to two of its longtime stars, Jessica Capshaw and Sarah Drew, at the end of season 14, and as the final days of filming approach, emotions are running (understandably) high.

“OK, ready for some bananas information?” Capshaw said to her followers in an Instagram Story video on Tuesday. “Today is my last day filming at Prospect Studios.”

Capshaw clarified that it was not her “last day filming on Grey’s Anatomy” — just at the studio — but added with a nervous exclamation that she was “full of lots of nostalgia.”

Earlier that morning, the actress (who plays Arizona Robbins) tweeted when she was on her way to the LA studio, admitting that it was all a little overwhelming to take in. “Last drive from home to the studios this morning,” she wrote. “TEN YEARS of commuting to reflect upon in 35 minutes…wooaaahhh.”

The decision to say goodbye to both Capshaw’s Dr. Robbins and Drew’s Dr. Kepner was a creative decision made by the producers, and not, despite some speculation, because of costar Ellen Pompeo’s salary increase. So far, no details on the actors’ final episodes have been released.

When ABC first announced the cast changes, both Capshaw and Drew took to social media to express their bittersweet feelings over their departures. Now, Capshaw is looking forward to the future, telling fans in another Instagram post that it’s nothing but “blue skies ahead.”