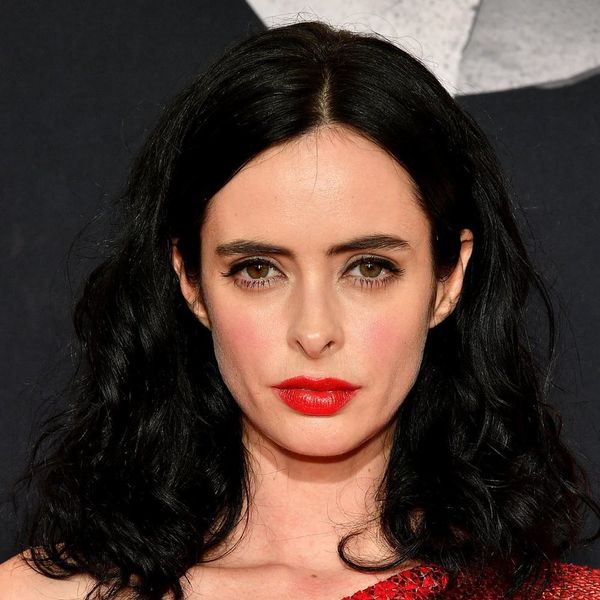 She’s baaaccck! Two long years after Jessica Jones first burst into our lives as the raddest (former) female superhero around, Netflix is bringing her back into the limelight once more with its action-packed trailer for season two.

Strutting down the street in her jeans, black combat boots, and black leather jacket, our favorite TV heroine is still every ounce the badass we remember from season one, only this time around, she appears to have a new agenda.

When we last left her, Jones was victorious over her sworn enemy of Kilgrave, but her pal, Trish Walker, had stumbled upon something potentially much larger with the discovery of secret files concerning her past. Indicating that a company called IGH may have been responsible for the development of our leading lady’s powers, it was a stone left unturned.

Now, the surly PI is getting to the bottom of things, with Walker urging her lifelong friend to find out more. “Knowing what was done to you might help you,” she says in the clip.

As Krysten Ritter told Brit + Co by phone back in November, this latest season will indeed see our gal “peeling back the layers of Jess even more and learning why she is the way she is.”

Her character of Jones, however, isn’t so eager to find out, dropping a bombshell in the clip as we see her being arrested and held down on a cop car. “What if facing it makes me worse?” she asks. “I’ve already killed someone.” Whoa! Does she mean Kilgrave? Someone else? And who is the new sexy stranger she’s kissing in profile in the midst of it all?

Another early look at JESSICA JONES 2! 😱

We, for one, can’t WAIT to see what unfolds come March 8, 2018 when the new batch of episodes (all directed by women, mind you!) airs on Netflix.

Will you be watching season two of Jessica Jones? Let us know over @BritandCo.

Nicole Briese
Nicole is the weekend editor for Brit + Co who loves bringing you all the latest buzz. When she's not busy typing away into the wee hours, you can usually find her canoodling with her fur babies, rooting around in a bookstore, or rocking out at a concert of some sort (Guns N' Roses forever!). Check out all her latest musings and past work at nicolebjean.com.
Netflix
TV
Netflix TV