Joanna Gaines Reflects on Her Surprise Pregnancy at 40: ‘I Truly Believed I Was Done’ 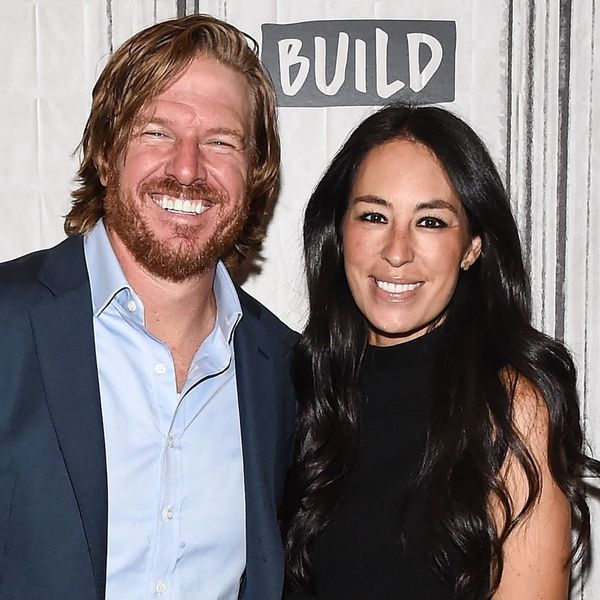 Chip and Joanna Gaines welcomed their fifth child, a baby boy named Crew, this past June. And now the proud mom is opening up about the new addition to their family in the fall issue of her magazine, The Magnolia Journal.

Although she and Chip already had four kids — Drake, 13, Ella, 11, Duke, 9, and Emmie Kay, 8 — Joanna wasn’t prepared for a “geriatric pregnancy.” In fact, she laughed when she first heard the term, until, she says, “I realized that’s actually what it’s called at my age.”

“I am 40, and pregnancy this time was different,” she wrote (via People). “I have always really enjoyed being pregnant — I tend to feel my best during those nine months. This time I felt a little more worn out than usual.”

The former Fixer Upper star explained that she “truly believed [she] was done” having kids before Crew arrived. “It’s sweet how, even in the most unpredictable ways, we’re given exactly what we need for that exact moment in time. It wasn’t something I could have anticipated. But being pregnant and ‘forced’ to slow down has been a gift,” she wrote.

According to E! News, Joanna also reflected on her ability to handle her new-again role, writing, “Welcoming our fifth child to our family this summer has reminded me more than ever that despite my own doubts and insecurities, I am built for these things, including being a mom to five kids. It has also prompted me to consider this theme in a completely new context. My perspective about being made ready has been mostly through the lens of inner strength and the often difficult journey many of us travel to recognize that we’ve already got what it takes to do great things.”

“These past weeks, though, in a season where I simply can’t do everything in order to be present for the very thing I’m feeling most called to, I have witnessed so vividly the power of our community and the range of skills and capabilities of those around me,” Joanna added. “I’m learning that in these instances my part is to receive with gratitude rather than pretend I’ve got it all handled.”

Have you experienced pregnancies that were very different? We’d love to hear about it @BritandCo!

Desiree O
Desirée O is a ‘Professional Bohemian’ who loves anything and everything related to the arts, entertainment, and pop culture. She ADORES being a ‘Newsy’ for Brit + Co, covering all of the latest tidbits of awesomeness that you want to read about. When she’s not writing, she’s either making messy art, going on long adventurous walks with her camera, or poking around over at bohemianizm (http://www.bohemianizm.com/). You can find out about Desirée O and her work at http://DesireeO.com/ or follow her on Twitter @DesireeO.
Celebrity
Celebrity News
Celebrity Celebrity Baby
More From Celebrity News