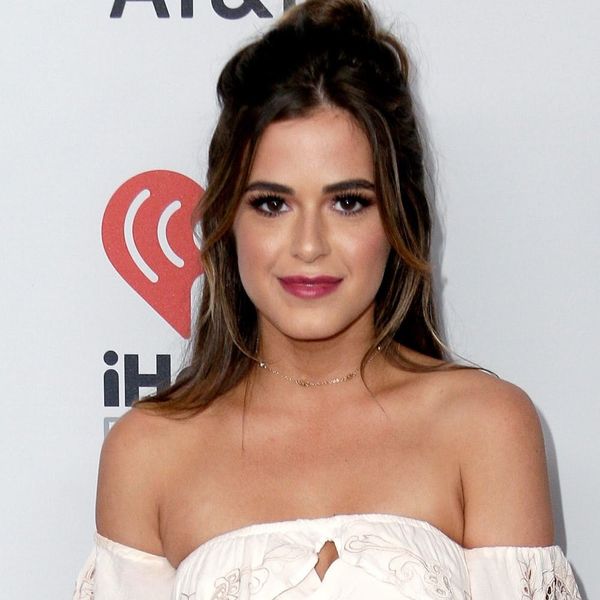 Rachel Lindsay hasn’t exactly had an easy go of it since ending her season of The Bachelorette on a rather confusing note for fans, who feel that the 32-year-old Texan lawyer “settled” for her current fiancé, Bryan Abasolo. But if there’s one person who might understand the unusual road Lindsay is walking, it’s reality TV alum JoJo Fletcher, who has some sage words of advice for the now-former Bachelorette.

As Fletcher told Entertainment Tonight, she was just as shocked as anyone with the way Lindsay’s season shook out. “I think I was just as drawn and shocked as everyone else and just into it. The breakup with Peter [Kraus] was super intense, but in the finale [Lindsay] looked super beautiful and so happy, so I’m happy for them.”

Still, she admits, they’re in for a rather rocky transition. “Right after, you go through hard times, and it’s not easy to transition into normal life that quickly,” the 26-year-old told the outlet. “I know that I’m not the first to. We had a hard time, Rachel and Bryan will have a hard time, Kaitlyn [Bristowe] and Shawn [Booth], you all go through these situations where you’re trying to figure it out.”

It’s not all doom and gloom, however. “If you’re able to get through it, it turns into something very beautiful.”

While not all Bachelor Nation pairs survive that tumultuous time after they get engaged in front of millions of viewers (ahem, Ben Higgins and Lauren Bushnell), Fletcher feels like the key to success is ignoring the haters.

“You’re going to be so overwhelmed by so much love and so much support because [of] the Bachelor Nation fan base,” she explained. “But you’re always going to have the negative opinions and the hurtful comments. I think if you just focus on your relationship, not let it get to you — it’s going to get to you but not let it get to you to the point to where you start taking it out on each other — and if you’re able to get through that, then I think your relationship proves itself.”

Fletcher’s own relationship with Jordan Rodgers certainly has. “Just last month, we were driving in the car and it kind of popped into my head. I was like, ‘Maybe we should start thinking about it now.’ So, I’m kind of getting the wedding bug a bit but at the same time, it’s not something we’re just going to rush into,” she told ET.

That’s probably good advice for Rachel Lindsay and Bryan Abasolo as well (as Sean and Catherine Lowe would agree!).

Here’s wishing them both the best!

What do you think about JoJo Fletcher’s advice for Rachel Lindsay? Let us know @BritandCo!

Desiree O
Desirée O is a ‘Professional Bohemian’ who loves anything and everything related to the arts, entertainment, and pop culture. She ADORES being a ‘Newsy’ for Brit + Co, covering all of the latest tidbits of awesomeness that you want to read about. When she’s not writing, she’s either making messy art, going on long adventurous walks with her camera, or poking around over at bohemianizm (http://www.bohemianizm.com/). You can find out about Desirée O and her work at http://DesireeO.com/ or follow her on Twitter @DesireeO.
The Bachelorette
Celebrity News
The Bachelorette