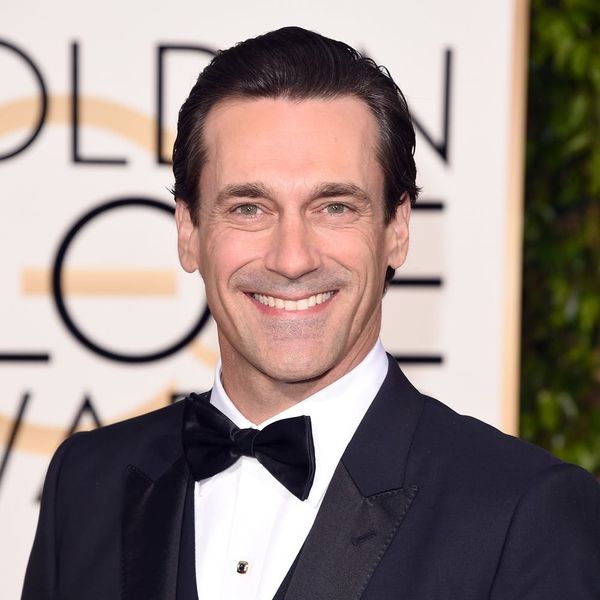 Jon Hamm may have established himself as one of Hollywood’s hottest actors, both in comedy (30 Rock and Bridesmaids, FTW) and in drama (Mad Men, duh). But his talents don’t only include acting — he’s apparently pretty darn skilled when it comes to photobombing.

While attending the US Open currently being held in New York, Jon found himself seated behind fellow actor Jason Biggs during the intense tennis match. With Biggs taking selfies that obviously included his seatmates, Jon decided to, er, pose for the pic. Flashing a seriously wonky look, it totally shows off the super silly side of this super handsome dude.

And apparently his telling facial expressions go beyond photobombing. Throughout the match, his face clearly showed his moment-to-moment reactions to everything he was seeing, good or bad.

He’s one expressive guy, but hey, when you’re as versatile an actor as he is, you have to be!

Does Jon’s silliness and/or photobombing skill remind you of anyone you know? Tag them @BritandCo!