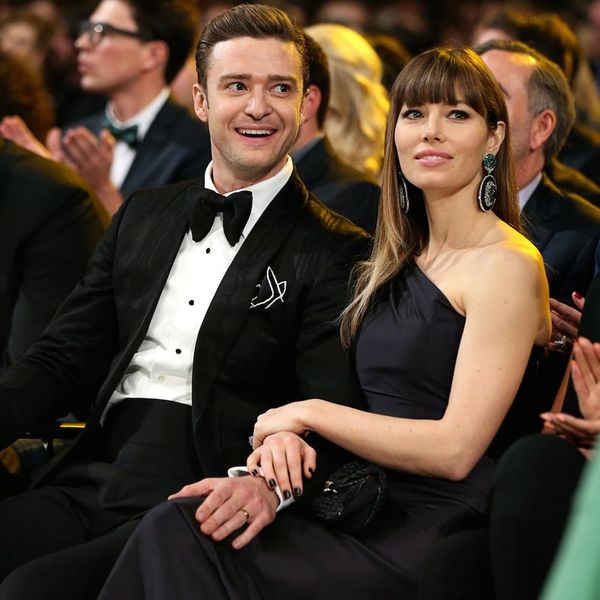 It seems like only yesterday we were swooning over Justin’s adorable birthday Instagram where he officially confirmed he and wife Jessica Biel were expecting their first child. But as we all know, time flies – especially nine months. The celebs’ reps confirmed today that the couple has given birth to a baby boy.

No pics of the expectedly gorgeous babe have been released yet (I mean, could he be anything else with genes like that?!), however we do know his name: Silas Randall Timberlake. According to She Knows, Silas can either mean “three or third” (third member of the family perhaps?) or “forest and woods.” It also has biblical roots in the new testament. It’s looking like those biblical names might be making a comeback considering Carrie Underwood and Blake Lively also recently chose names from the Bible.

As far as the baby’s middle name, that seems to be something of a family tradition. Randall is also Justin’s middle name and Justin’s dad’s first name. We’re loving the idea of passing down a family moniker through a middle name while still offering each new generation his own first name. Although, that being said, Justin Jr. does have a nice ring to it.

What’s your take on J + J’s baby name choice? Share with us in the comments below.

(Photos via Christopher Polk/Getty and @justintimberlake)