Justin Timberlake’s Pregnancy Announcement Is Too Cute to Handle 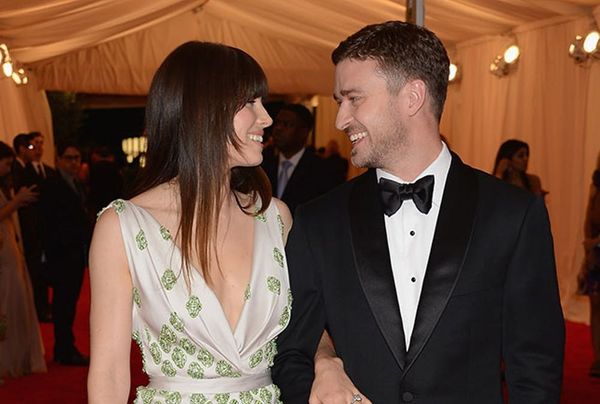 A few weeks back Macklemore had us ooing and awww-ing over his adorable video announcing that he and his fiancée were expecting, but it looks as though a new musical daddy-to-be has just snagged the title for cutest pregnancy announcement ever.

On Justin Timberlake’s 34th birthday this past Saturday, the singer Instagrammed a pic of him giving Jessica Biel’s very pregnant belly a smooch along with the caption, “Thank you EVERYONE for the Bday wishes! This year, I’m getting the GREATEST GIFT EVER. CAN’T WAIT. #BoyOrGirl #YouNeverKnow #WeDontEvenKnow #WeAreTakingBets.” Seriously, everyone might as well stop trying because how do you beat an announcement as sweet as that?!

Speculation of JT and Jessica’s Biel’s pregnancy dropped back in December after Timberlake’s former *NYSNC bro, Joey Fatone accidentally announced the news. While Biel has been spotted sporting a noticeable baby bump as of late, the couple hasn’t officially announced the pregnancy until now — but it was worth the wait.

From Justin’s caption it seems pretty clear that the couple is planning on keeping the gender a surprise. We have total faith that these two will choose a swoonworthy, gender neutral name, but you know, just in case you need a couple suggestions JT and Jessica, here’s a list of our 10 favorite picks (oh ya, and also a few you should definitely steer clear of).

What is your favorite baby name of the moment? Chat with us in the comments below.

Cortney Clift
Cortney is the senior writer and special projects editor at Brit + Co. She typically covers topics related to women's issues, politics, and lifestyle. When she's not buried behind her computer you'll find her exploring New York City or planning her next big adventure.
maternity
Pregnancy
maternity