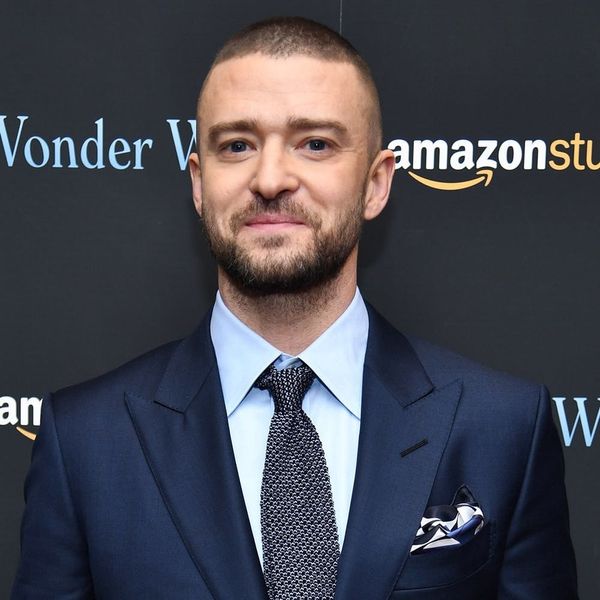 Justin Timberlake is back! The singer just dropped the first single, “Filthy,” off his upcoming new solo album, and while it’s reminiscent of the JT we know and love, it has a different sound than we were expecting based on his “earthy” new image.

“Filthy” was written and produced with longtime collaborators Timbaland and Danja, and it sounds a lot like the funk-pop hits from Timberlake’s early-to-mid aughts releases (think “SexyBack”). In short, it’s a total bop.

Earlier this week, Timberlake announced that his new album, out February 2, would be called Man of the Woods. He claimed it would be his most personal album yet, inspired by his hometown (Memphis, Tennessee), and a teaser for the album showed him as a rugged outdoorsman, walking through fields and snowfalls and sitting by a campfire.

So the electro-pop song “Filthy” and its accompanying video, which depicts JT as a futuristic Steve Jobs-type of figure, took fans by surprise.

exactly what kind of woods was justin timberlake in

Is Justin Timberlake trying to be Steve Jobs?? Isn’t the tech-savvy inventor the opposite of the man of the woods? I have LOTS of questions. #filthy

Justin Timberlake teasing us with a country album and releasing a sex song for robots is why I have trust issues.

Of course, some people recognized it for the total jam it is, regardless of the confusion between the image Timberlake seemed to project and what we got in the first single.

My favorite thing about #Filthy is JT is making the music he wants to. No pressure to be inherently pop or prove himself. It actually sounds v Future Sex/Love Sounds to me, and uses a lot of the instrumentals he incorporates on tour to transition to new songs.

Justin Timberlake’s new track is giving me major George Michael vibes, and I’m 100% here for it.

Same people not feeling #Filthy weren’t ready for Sexy Back either. Now it’s in their top five.

The singer recently announced that he would be dropping *four* whole videos before Man of the Woods‘ release on February 2 (and his Super Bowl halftime show on February 8, natch!), so there’s a good chance we’ll get to see more sides of Timberlake yet. Check out “Filthy” above.

What do you think of Justin Timberlake’s new song and video? Let us know @BritandCo!