The Kardashians Are Here to Be Your New Favorite Cartoon Family 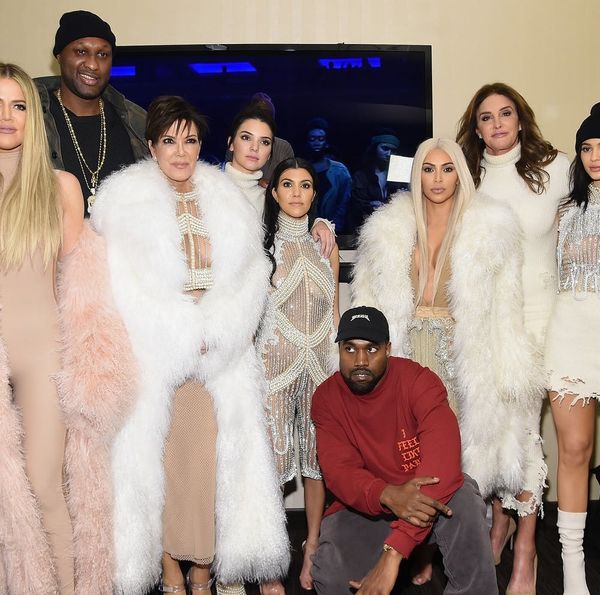 If the family’s matriarch, Kris Jenner, has her way, that’s exactly what they’ll soon become. According to a new report from TMZ, the mother of six has already had a meeting with Harvey Weinstein’s company (the same one Malia Obama is interning for), to pitch the family as an adult animated series akin to Family Guy or The Simpsons (read: not for kids).

Mama Kardashian wants to see the whole brood in drawing form — make that all except for one. The outlet is reporting that one member of the Kardashian’s extended family in particular would NOT be making a cartoon appearance: Miss Caitlyn Jenner. Ouch!

We already knew we’d be seeing some changes to the family’s world in 2017, so we can’t say we’re totally surprised to hear this new spin on their empire: After all, between their collective apps, most of the girls have already been introduced as animated characters at some point in time, anyway: Baby Dream’s impending arrival was even announced to the world via emoji form!

They certainly wouldn’t be the first family to get the pen-and-pencil treatment, either. As New York Daily News points out, The Jackson 5 and The Osmonds also had their very own cartoons.

We’d give it a shot!

Would you watch a Kardashian cartoon? Tell us over @BritandCo.

Nicole Briese
Nicole is the weekend editor for Brit + Co who loves bringing you all the latest buzz. When she's not busy typing away into the wee hours, you can usually find her canoodling with her fur babies, rooting around in a bookstore, or rocking out at a concert of some sort (Guns N' Roses forever!). Check out all her latest musings and past work at nicolebjean.com.
Apps
Current Events
Apps Family Kardashians
More From Current Events