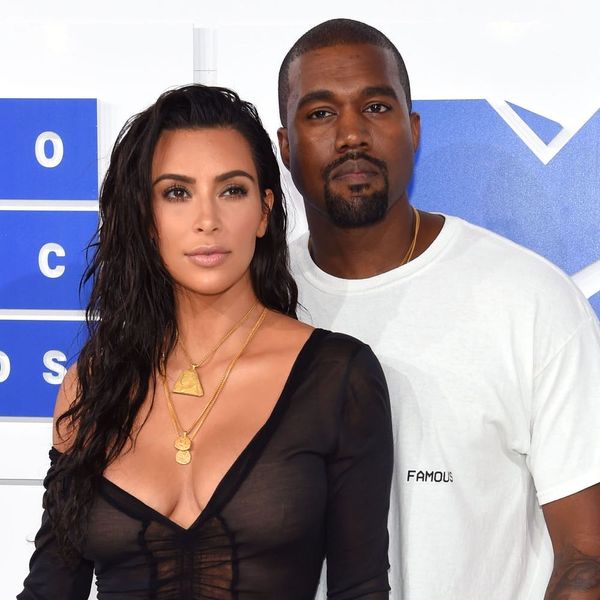 Kim Kardashian West and husband Kanye West welcomed their third child, a baby girl, via surrogate yesterday, and the family is in an understandably celebratory mood about it.

Shortly after the announcement, Kim took to social media to share her first photo since welcoming her new daughter. While the world waits to get a glimpse of the baby, the KKW Beauty founder instead shared one of her paparazzi-snapped Yeezy season six photos. But the caption, which read “#momofthree,” proves that while she might not be ready to share a photo of the baby just yet, she’s relishing in the moment.

Kris Jenner, now a proud grandmother of seven, sent Kim and Kanye the most perfect pink cake, most likely from their go-to bakery, Hansen’s in LA. Kim shared a snap of the delicious-looking dessert and thanked her mom for the sweet gesture.

Khloé, who herself is pregnant with her first child and is due sometime around April, let emojis express her excitement, as she shared Kim’s birth announcement news and added a string of pink hearts.

The arrival of Kim and Kanye’s new daughter was revealed on Tuesday via the reality star’s official website.

“Kanye and I are happy to announce the arrival of our healthy, beautiful baby girl,” the announcement read. “We are incredibly grateful to our surrogate who made our dreams come true with the greatest gift one could give and to our wonderful doctors and nurses for their special care. North and Saint are especially thrilled to welcome their baby sister.”

The baby was born on Monday, January 15, at 12:47am, and weighed 7 pounds, 6 ounces. So far, no name has been shared, but Kim previously revealed that if North, 4, had her way, her new baby sister would be named “Star.”

Were you excited to hear that Kim and Kanye had their new baby? Let us know @BritandCo!