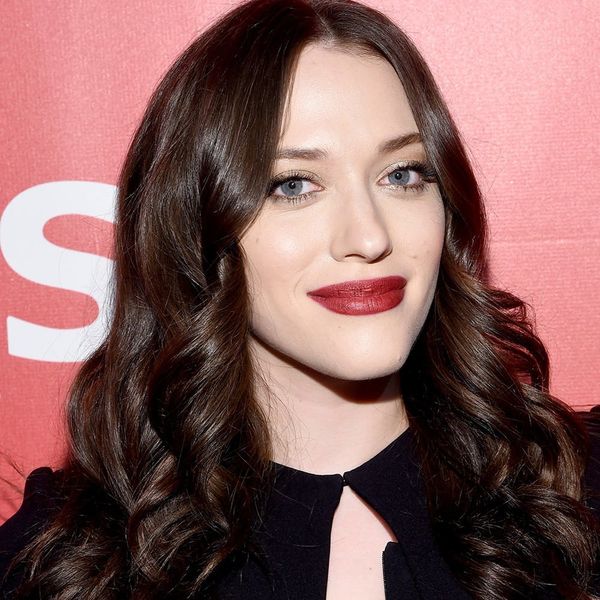 Anyone who has ever attempted a seemingly easy Pinterest idea has inevitably failed miserably. Bunny shaped bread turns into a butchered batch of rolls, a cut-off shorts tutorial leaves you with something akin to a denim diaper, the list goes on. The occurrence is so common that there are actually blogs dedicated to the epically disastrous results. We’ve all been there, but it looks like Kat Dennings (star of Two Broke Girls) had this experience first-hand a few weeks ago.

Dennings shared a snap on Instagram of a concoction that looked deceptively like a delicious bowl of chocolate pudding. However, it was actually conditioner mixed with six packets of instant coffee. While the idea seems a little crazy at first, after a simple Pinterest search it’s obvious that Dennings wasn’t alone in her thinking. The multiple sites that boast about the results of combining leave-in conditioner and coffee tell you it will darken your hair and leave you with “a rich chocolatey tone.”

In theory the idea sounds cool, but according to the actress, this was yet another Pinterest myth. Alongside that Instagram pic she wrote, “Tried dyeing my hair with coffee today. I used conditioner and six packs of instant Starbucks. The results are barely noticeable but now I smell like ITALIAN ROASTTTTTT.” She also chatted about the experiment when she visited Jimmy Fallon on The Tonight Show. She told him that she has to keep her look pretty much the same because of the show, but wanted to try a DIY hair technique. So for a subtle shift, she decided to try this coffee idea. Aside from it not making much of a difference color-wise she also experienced an unexpected side effect: all that coffee went straight to her head – literally. Dennings said the insane amount of caffeine went right through her pores and she “felt like she was going to die.” Yikes. We’ve experienced the jitters that come with one too many cups of joe, we can’t imagine what’d it’d feel like to intake six cups at once.

To be fair, Kat may have had poor results because her hair is already super close to the color the internet promises. Perhaps trying this idea on a blonde would provide more dramatic results, but still, that crazy caffeine rush hardly seems worth it. So ladies, let’s all take a moment to tweet Ms. Kat a big thank you for helping us learn that it’s probably best to pour coffee into mugs and not on your head.

Have you tried a natural hair dye technique? What was it and how did it work? Share with us in the comments below.

(Photos via Larry Busacca/Getty and @katdenningss)