Kathie Lee Gifford Is Leaving the ‘Today’ Show After 11 Years 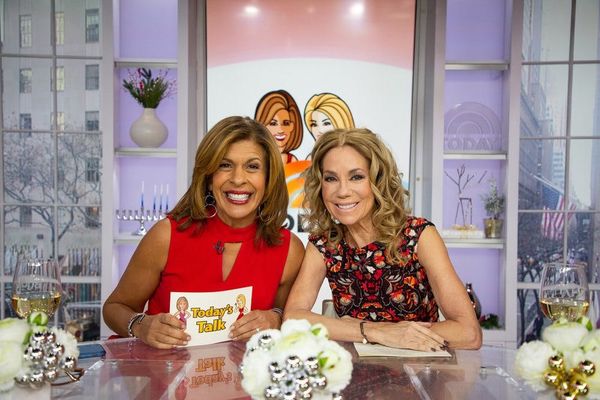 Kathie Lee Gifford is leaving NBC’s Today show after more than a decade as its cohost. She announced the news on air on Tuesday, December 11.

“I have something to share with everybody, and it’s bittersweet as these things always are,” Gifford began. “I’ve been here almost 11 years — thought I would stay here one year. And now, when it’s our 11th anniversary, I’m going to be leaving the Today show.”

She held back tears as she continued. “I’ve been in this business 120 years and never worked with a more beautiful group of people who just give, give, give, every day,” she said. “Four hours of live television every day, five days a week. We have fun, and we laugh, and we support one another, and we know each other’s kids names, and we know when someone’s having a colonoscopy. We know everything! We do life together.”

Gifford also gave a special shout-out to her cohost Hoda Kotb, whom she said she “fell in love” with.

“You’re just so special, Hoda,” Gifford gushed. “Thank you, thank you so much.” Kotb also shed a few tears as she told Gifford, “The minute you stepped into my life, everything changed.”

"It’s bittersweet, as these things always are…”@kathielgifford announces she will be leaving TODAY on her 11th anniversary in April 2019. pic.twitter.com/YsHIq6c9ev

NBC News president Noah Oppenheim briefed NBC staff in a memo, saying that Gifford made the difficult decision to leave in order to pursue her many other projects. “As we all know, Kathie Lee’s plate has been overflowing lately with film, music, and book projects,” he said. “And after giving us 11 extraordinary years, she’s decided to focus her attention full-time on those other creative endeavors.”

Were you surprised by Kathie Lee’s announcement to leave Today? Let us know @BritandCo!