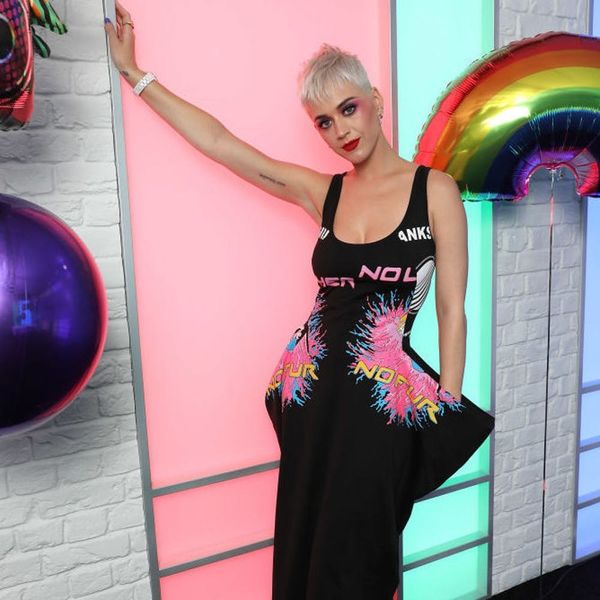 We were already wildly excited for the 2017 VMAs after MTV dropped their first out-of-this-world promo, and we were beyond psyched by the nominations *and* the major changes that were made to the categories this time around. Now we have no doubt that the evening will be absolutely LIT, as it’s just been announced that Katy Perry will be this year’s host.

In addition to nabbing the hosting gig, Perry is nominated for five awards. It’s going to be one heck of a show for the “Swish Swish” singer, who confirmed the news of her emcee role on Twitter by posting her own snazzy promo with the caption, “Introducing your MOONWOMAN. Brace for impact! August 27th on @MTV @VMAs.”

She also released a statement about her new gig, according to Marie Claire, saying, “I’ve been training with MTV in zero gravity, eating astronaut ice cream, and I’m on a group text with Buzz Aldrin and Neil deGrasse Tyson.”

With Katy Perry at the helm, there’s no telling where the MTV VMAs are headed or what spacey shenanigans we’ll witness.

What do you think about the fact that Katy Perry is hosting the 2017 MTV VMAs? Let us know @BritandCo!