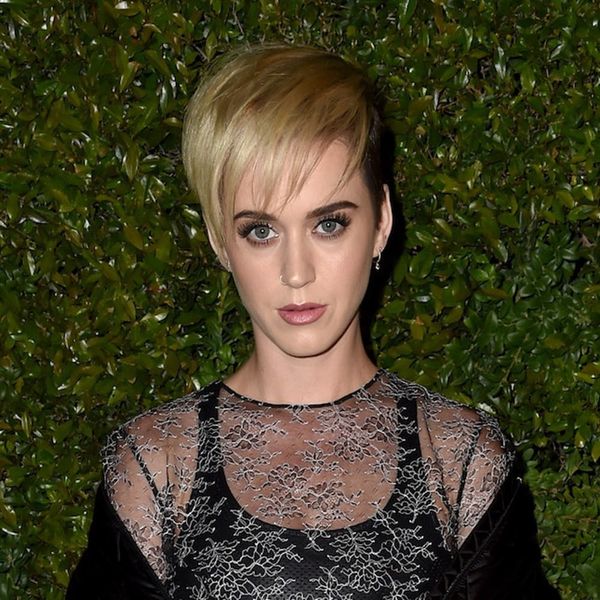 We knew we’d likely be seeing Katy Perry in a slightly different light when she announced that she would be live-streaming her life as part of the promo efforts surrounding her new album, Witness. Taking to her personal YouTube channel, the pop star gave fans an inside view into everything from her yoga classes to parties, but it was her therapy session with Dr. Siri Sat Nam Singh, host of Viceland’s The Therapist, that has left everyone speechless.

Just 10 minutes in, the 32-year-old had already broken down with tears streaming down her face, opening up about the real reason behind her drastic haircut and her struggle with her own identity. “People talk about my hair and they don’t like it or they wish it was longer,” she began. “I so badly want to be Katheryn Hudson (her given birth name) that I don’t even want to look like Katy Perry anymore sometimes… I really want to be my authentic self, 100 percent. So it hurts, you know, when I don’t feel like I can.”

Still, she says she’s trying to let her real self show more and more. “I’m a bit more nerdy than everybody thinks I am; I’m a big goofball. The fantasy of Katheryn went into Katy and made this bigger than life personality,” she added. “That’s the point of this whole thing; if people can see I’m just like them, then they can dream just as big.”

About half an hour into the livestream, the pop star’s tears resurfaced, mascara now covering her cheeks as she touched on her struggles with alcohol and thoughts of suicide following her divorce from ex-husband Russell Brand. “I wrote a song about it,” she told Dr. Singh, referring to “By the Grace of God,” which she said is difficult to perform live because she feels “ashamed that I would have those thoughts, feel that low and that depressed.”

Fans, both new and old, soon took to Twitter to show their support and applaud Perry’s raw, truthful admissions.

I've gained so much respect for Katy Perry. Her therapy session and allowing the world to witness her… my heart breaks seeing her sadness.

Crying doesn't equal weakness. It takes a lot of strength to show your true emotions and be vulnerable without hesitation. @katyperry 💗

“You can be right or you can be loved,” Perry concluded. “I just want to be loved.”

Watch her session in full here.

What do you think of Katy Perry making her therapy session public? Tweet us @BritandCo.