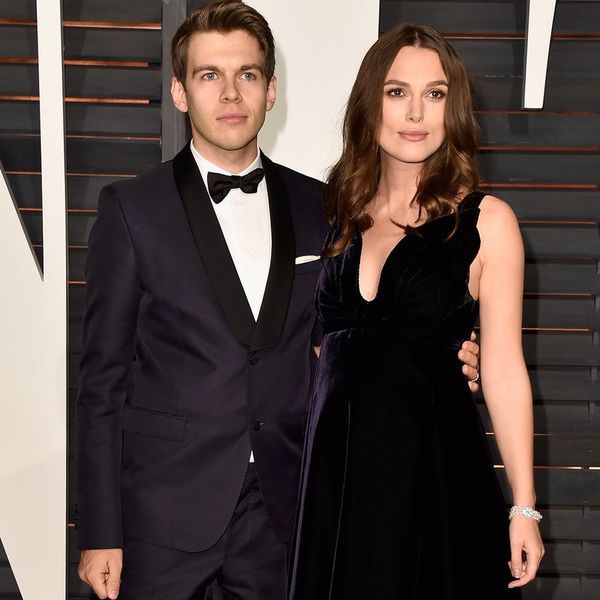 Ever since we watched Keira in Bend It Like Beckham, she has been consistently on our radar as one of our favorite style muses. The 30-year-old English actress never ceases to step out looking awesome, and her maternity wear was no exception. Throughout award show season Knightley paired her baby bump with an embroidered Chanel dress and a luxe velvet gown. So it makes perfect sense that her newborn baby girl was given a super glamorous baby name. Introducing… Edie!

Knightley revealed her baby’s name in a recent interview with Elle. When asked about how it feels to be a new mom she told the magazine, “The love thing is astonishing. It’s a very primal, primal love. That’s quite extraordinary and the ability to have no sleep and continue going. It’s not pleasant — I never thought that I could actually do it for the amount of time that I’ve done it.”

Now, onto a little bit more about that baby name… According to Nameberry, Edie is typically short for Edith and is said to mean “prosperous in war.” We’re guessing Keira may have taken a little bit of inspiration from the ’60s socialite and Andy Warhol’s muse, Edie Sedgwick. While we’re up for a kooky celebrity baby name now and then, Keira’s choice seems like the perfect mix of originality with an old-school touch. This little one is only three months old and she’s already giving off some serious cool-girl vibes.

What’s your take on Keira’s baby name? Share with us in the comments below.