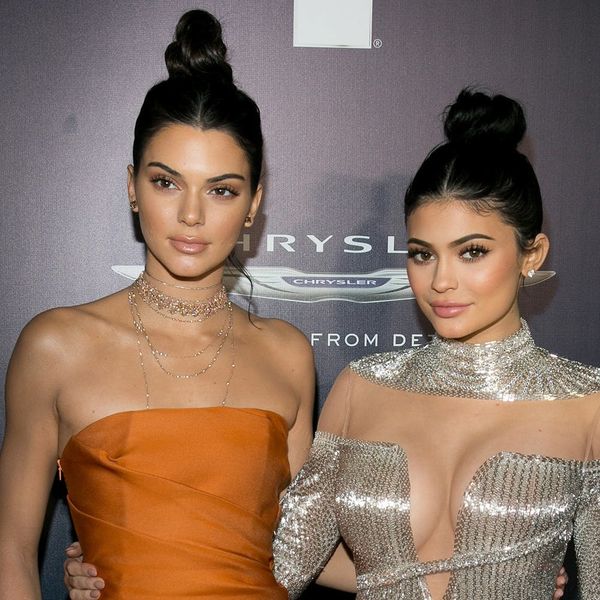 Although it’s often said that imitation is the sincerest form of flattery, that sentiment doesn’t exactly hold water when it comes to the fashion industry. After Kendall Jenner announced via Twitter that slides from her limited-edition collection with sis Kylie, Kendall + Kylie, are available at Nordstrom, some fans noticed an uncanny resemblance between the Jenners’ shoes and those by one MAJOR French fashion house.

The slides look eerily similar to a pair by Chanel. The most noticeable difference between the two slides, of course, is price. The Kendall + Kylie Shiloh Chain Link Platform Slide rings in at $125 while Chanel’s mules will set you back $700. Both come in a variety of colors, with gold chain and thick color-blocked soles.

The drama may have an extra sting to it since Kendall has a pretty close relationship with Chanel. She’s walked in their shows almost every season since 2014 and has done a joint interview with Karl Lagerfeld for Harper’s Bazaar. She’s even paid homage to the legendary creative director by dressing up as him for Halloween one year.

Although it’s unclear just how involved the sisters are in the design process, the Kardashian family is no stranger to copyright issues. In fact, this is the second time Kylie has been accused of plagiarism this month. There have also been well-documented issues with Kylie’s lip line. And big sis Kim’s Khroma makeup line was sued for copyright infringement. No matter how you spin it, allegations of copycat-ing have long plagued the Kardashian family in their business pursuits.

We’re staying tuned for how all this goes down.

What do you think of the design? Let us know @BritandCo!

Cailey Rizzo
Cailey is a junkie for all things pop culture. She studied journalism and English literature at SUNY Purchase, then continued studying French cinema and literature at Paris IV Sorbonne. She currently lives in New York where she can often be found singing '70s music at karaoke bars.
Controversy
Style News
Controversy Halloween Kardashians Shoes
More From Style News