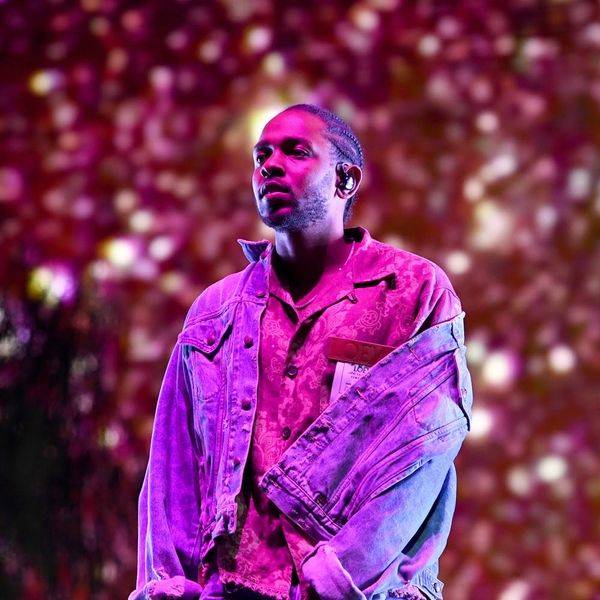 Kendrick Lamar’s Grammy-winning album DAMN. can add one more award to its long list of accolades. The 2017 album was just honored by the Pulitzer Prize committee with the award for music, making history in the process: This is the first time a rapper or rap album has been awarded by the organization.

Lamar’s win is also groundbreaking because it is the first time a musician who doesn’t perform classical or jazz music has won in the music category since its inception in 1943. Also, as Vox notes, if you were to take a peek at the near-80-year history of the music category, you’d see that the Pulitzer committee didn’t award a Black musician until the late-1990s.

As for why they chose Lamar’s groundbreaking album, the Pulitzer committee called DAMN., “a virtuosic song collection unified by its vernacular authenticity and rhythmic dynamism that offers affecting vignettes capturing the complexity of modern African-American life.”

Besides being a critical success, DAMN. is a fan fave, getting platinum sales status within the first month of its April 2017 release and garnering the rapper four awards at January’s Grammy telecast. Lamar’s opening number at the same show was both intensely political and refreshingly poignant.

Founded in the early 20th century, the Pulitzer Prizes are named for noted American journalist Joseph Pulitzer, who created the awards as part of his will, originally focusing on journalism, education, drama, and travel.

Other winners for this year include Ronan Farrow’s New Yorker exposé on Harvey Weinstein, which garnered the young reporter a medal for public service, and the staff of the Washington Post for their exposés on former Republican candidate Roy Moore.

Kat Armstrong
Kat has been a writer, social media maven and mom for longer than she's willing to admit. She's also spent time in front of and behind the camera, interviewing celebs, politicians and acting as a producer for fashion and artistic photography shoots. When she isn't writing for various orgs and publications, she's hanging with her kids, husband and French Bulldog, Peter, in Toronto, Canada.
Inclusivity
Current Events
Inclusivity Music