Kerry Washington Wants to Keep This from Olivia Pope’s Closet 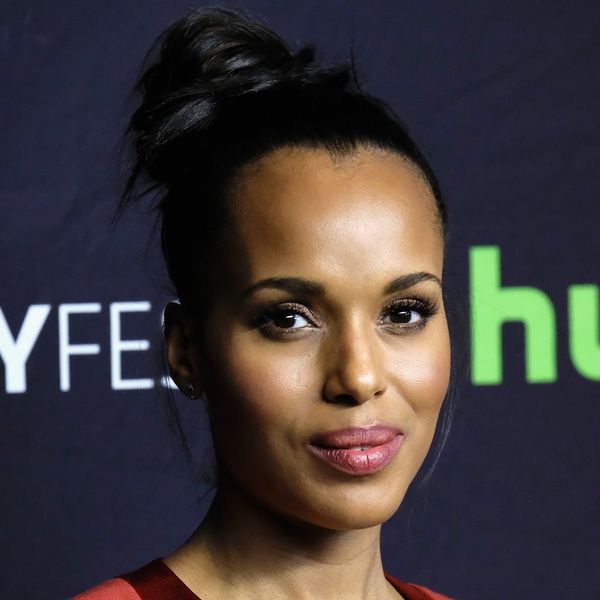 After seven years, Scandal may be drawing to a close, and with the end nigh, you might wonder which souvenirs Kerry Washington might want to keep from her TV alter ego’s wardrobe. Washington gamely dished exactly what she wants to steal from Olivia Pope on Late Night With Seth Meyers — hypothetically, of course!

The actress takes a memento from every show she does, but it sounds like when it comes to Scandal, she can’t pick just one. When Meyers asked, “Do you know what you’re taking?” Washington replied, “Well, I can’t tell you on national television because then when the Prada bags are missing…”

Meyers commented, “That doesn’t really sound like a memento and more like you’re stealing a purse.” She replied slyly, “Well, it’s not one purse. It’s like 20 purses in various colors to match every outfit.” Hey, who can blame her?

Washington went on to justify just why all 20 of Olivia Pope’s handbags carry sentimental weight for her. “Seven years of memories in every single beautiful bag,” she said.

What do you think of Kerry Washington’s memento choice? Tell us @BritandCo!

Shea Lignitz
Shea can be found in the nearest bookstore or brewery, exploring the great outdoors, or blasting Led Zeppelin. She grew up in the cold and rain of Northern California's redwoods but is currently wandering around Texas.
Celebrity Style
Celeb Style
Celebrity Style