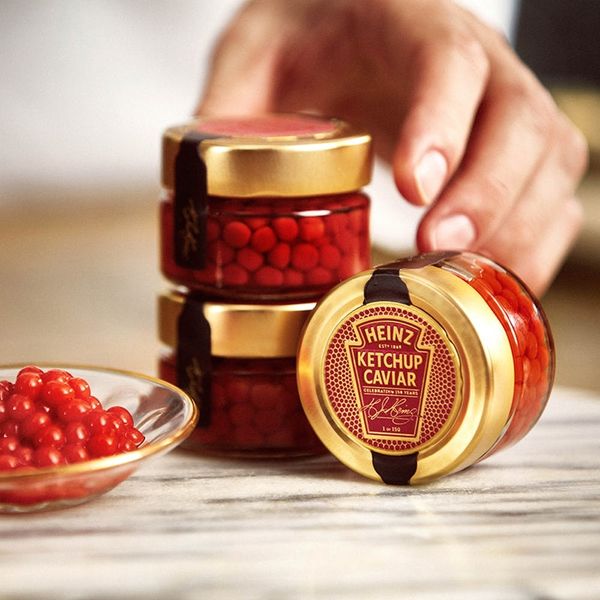 Caviar, AKA cured fish eggs, may be one of the most luxurious and expensive foods out there. But thanks to the powers of molecular gastronomy, there is way to have the fancy feel of caviar without actually eating it. Just in time for the most romantic day of the year, Heinz has launched Ketchup Caviar, and you can score it for free.

Each jar of Heinz’s Ketchup Caviar will have “pearls” of ketchup that possess the same taste we’re used to but in a whole new (exotic!) form. We imagine they must burst sort of like those popping tapioca pearls you find at froyo or boba tea shops. We are already envisioning how nice a dollop of the ketchup caviar would pair with that burger we have planned for bae.

Here’s the catch, though; you have to tweet @HeinzKetchup_US starting at 6am E.T. January 24 (through January 28th) for a chance to score one of the 150 jars that has been made for the occasion. So set your alarms *very* early, folks. Even if the caviar tastes totally gross IRL, at the very least, it’ll make those Valentine’s Instagrams so much more interesting.

Will you try to grab the Ketchup Caviar? Tweet us @BritandCo.