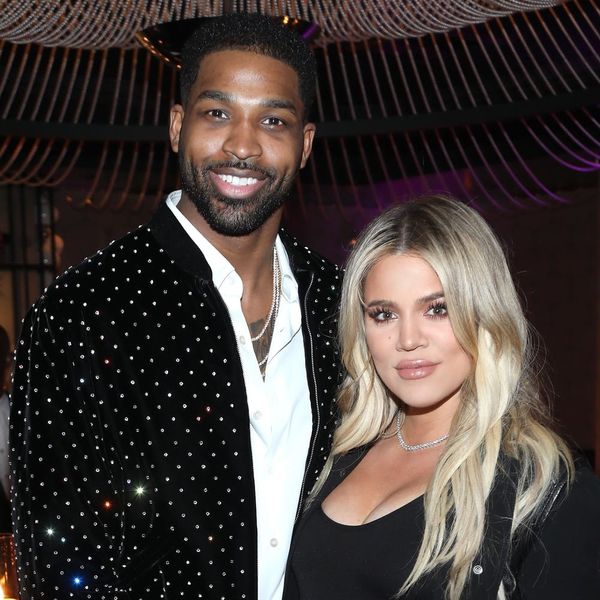 Khloé Kardashian confirmed the rumors of her pregnancy back in December, and ever since, she’s been excitedly sharing updates, mostly via social media and her app. Now, on the upcoming season finale of Keeping Up With the Kardashians, the mom-to-be is set to reveal the big news we’ve been waiting for all along as she finds out whether she’ll be having a girl or a boy.

As seen in a preview from the upcoming the episode, Khloé teases her sisters with the news while the family enjoys a San Francisco vacation together before the arrival of Kim Kardashian West’s daughter via surrogate.

“Do you want to know what I’m having?” she asks Kim and Kourtney as they lounge in a hotel room. The camera then cuts to Kourtney, smiling wide and holding her hand over her chest as she admits, “I’m shocked!” The three sisters then share a group hug after taking in the news.

Khloé previously revealed that she and boyfriend Tristan Thompson are struggling to come up with names for a baby girl, but are prepared if they end up welcoming a boy into the family. “I think if it’s a boy I’ll go with Junior — Tristan Jr.,” she told Ellen DeGeneres. “Then for a girl, I don’t know where to begin,” she said, adding that she wants the girl name to start with a “K” or a “T.”

The three most recent additions to the KarJenner family have all been girls — Rob Kardashian welcomed Dream with Blac Chyna in November 2016, Kim and husband Kanye West welcomed Chicago in January 18, and Kylie Jenner welcomed her first child, Stormi Webster, with boyfriend Travis Scott in early February. Could Kourtney’s shock mean that Khloé will be welcoming a little boy? Just under a week left until we find out! The KUWTK finale airs on Sunday, March 4, at 9pm ET on E!.

Do you think Khloé is having a girl or a boy? Let us know @BritandCo!