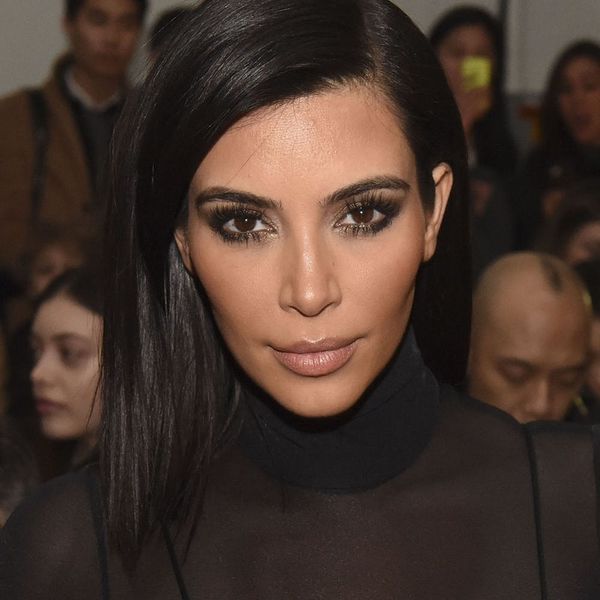 Happy 2016, y’all! As all those celebratory glasses of champagne catch up to us on January 1 there’s a high chance that the first day of the new year will be spent in bed putting the finishing touches on those resolutions (and, especially if you live in one of these cities, nursing a hangover). We’re going to guess that hitting the gym more often is probably at the top of your list, but the key to actually sticking to those new goals is to include one that’s a little bit unexpected. Need a little bit of inspo? Check out Kim KW’s list.

The reality star recently revealed her goals for 2016 on her website. Like the rest of us, her number one mission is to get in shape and “shed her baby weight.” But following that she writes, “I’d like to do some really cool photo shoots for my website. I want to do a couple more fun weekend trips with my Twitter followers that I haven’t met yet. I also want to plan a West family vacation — it’s a project in itself to find the time!”

Then, as a final kicker and surprising addition Kim writes, “Oh, I also want to learn how to do the splits LOL!” It’s totally random but to be honest, including a fun and unexpected goal like this one could definitely help keep those resolutions from being another pesky list of things to get done and transforming it into an exciting new set of goals to accomplish in the next 365 days.