Kylie Jenner Revealed a Surprising Detail About Her Relationship With Kendall 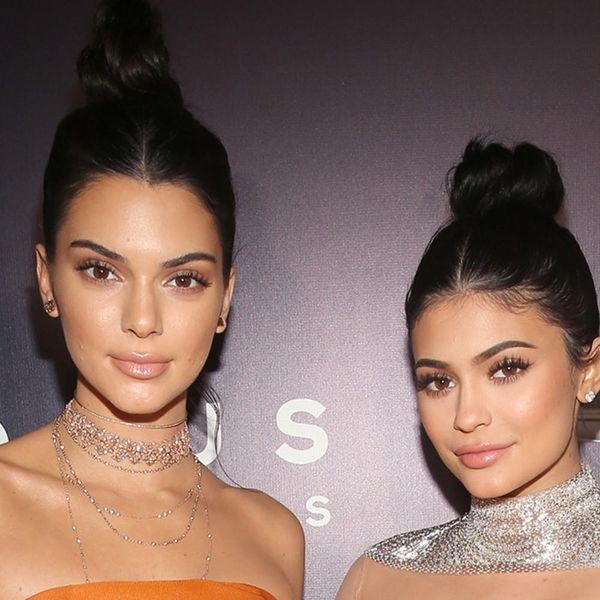 It looks like there’s some previously unknown tension between the Kardashian-Jenners. Hot on the heels of Kim Kardashian’s reveal that little North doesn’t like her brother Saint, Kylie Jenner has just made a totally brutal admission about her big sister, Kendall Jenner.

Opening up on Life of Kylie, the 20-year-old revealed that there’s way more tension between herself and her sister than we’re shown on the family’s reality show, Keeping Up With the Kardashians. According to the Daily Mail, during the promotional teaser for Sunday’s episode of the younger Jenner’s new reality series, she went as far as to say, “Kendall and I, I don’t think we’d be friends if we weren’t sisters.”

That revelation may come as a shock, given that the two usually seem to be besties while the cameras are rolling. Perhaps they’ve just gotten used to playing nice when non-family members (and film-crews) are around. Or maybe their sisterly friendship is as genuine as it seems, but simply wouldn’t have happened organically.

Whatever the specifics, their complex relationship doesn’t stop them from doing things that normal siblings do, like raid each other’s closets. Though, as far as Kylie is concerned, she’s WAY more generous than Kendall.

“I let her borrow whatever she wants,” Kylie Jenner said of her older sis, adding, “And then I go over there [to Kendall’s house], and I’m like: ‘Kendall, I need a pair of sweats to go home,’ and she’ll give me the most uncomfortable old underwear, the worst sweats you’ve ever seen, and anything that’s so bad and old and small. And I’m like: ‘You’re so mean.’”

Okay, so maybe we get where the tension comes from. Sisters *can* definitely be a pain (sorry, sis!). Also, we’re not sure we needed to know that these two share underwear. (Just sayin.’)

Do you think you’d be friends with your siblings if you weren’t related? Let us know @BritandCo!

Desiree O
Desirée O is a ‘Professional Bohemian’ who loves anything and everything related to the arts, entertainment, and pop culture. She ADORES being a ‘Newsy’ for Brit + Co, covering all of the latest tidbits of awesomeness that you want to read about. When she’s not writing, she’s either making messy art, going on long adventurous walks with her camera, or poking around over at bohemianizm (http://www.bohemianizm.com/). You can find out about Desirée O and her work at http://DesireeO.com/ or follow her on Twitter @DesireeO.
Kendall Jenner
Celebrity News
Kendall Jenner Kylie Jenner