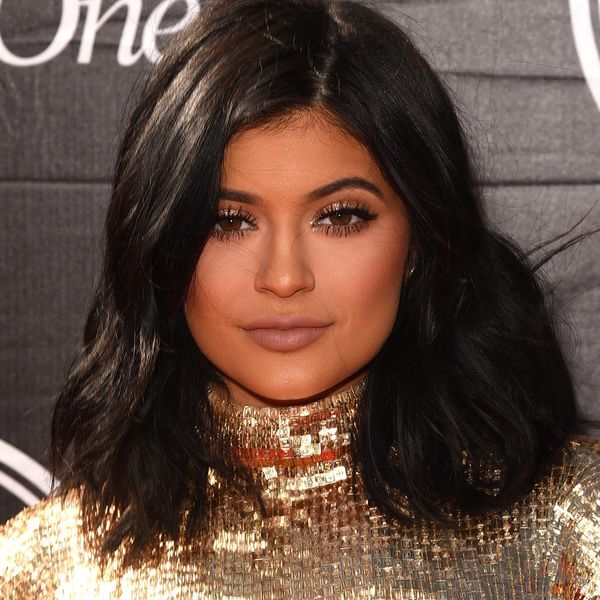 It seems as though the Kardashians have a thing for tiny tattoos. Back in June, Kendall Jenner got the smallest tattoo we’ve ever seen with her bud Hailey Baldwin and now it seems as though Kylie is following in her older sister’s footsteps. The celeb – who has been raging pretty hard for like a solid two weeks for her 18th birthday – celebrated her transition into adulthood, by getting inked – or at least we think so.

Kylie posted this snap yesterday showing off a super small heart tattoo on the back of her right arm. She mysteriously captioned the selfie, “red.” It’s unclear as to whether the tattoo is permanent or not. She was also rocking the design while hosting a party in Montreal this past Sunday, so if it is fake, it sure is lasting a long time. Never one to keep her look the same for long, we can’t say we’d be super surprised if she did decided to jump on the tiny tat train. Now we’re wondering how long it’s going to be until Kendall and Kylie go and get matching micro tattoos.

Do you have a cool tiny tattoo? If so, share a picture of it with us!

(Photos via @kyliejenner and Jason Merritt/Getty)

Cortney Clift
Cortney is the senior writer and special projects editor at Brit + Co. She typically covers topics related to women's issues, politics, and lifestyle. When she's not buried behind her computer you'll find her exploring New York City or planning her next big adventure.
Kardashians
Fashion
Kardashians Tattoos