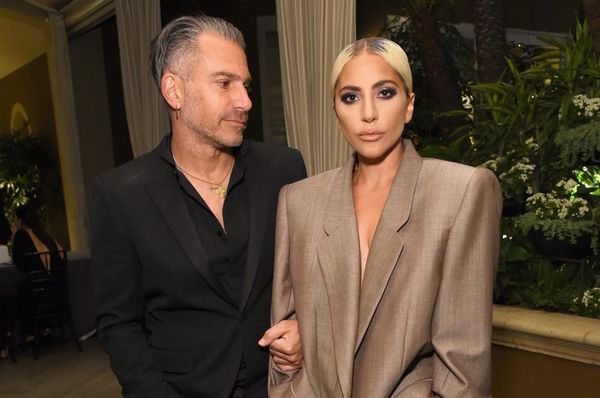 Lady Gaga has been rumored to be engaged to boyfriend Christian Carino since late 2017 but has never publicly confirmed the speculation — until now. The A Star Is Born actress called Carino her “fiancé” in a speech on Monday, October 15, seemingly validating the long-circulating reports of their engagement.

Appearing at Elle‘s 25th Annual Women in Hollywood Celebration in Los Angeles on Monday, October 15, Gaga, an honoree at the event, acknowledged her groom-to-be in her thank you speech.

Gaga first started dating Carino, a Hollywood agent, in early 2017, but the couple have kept their relationship largely out of the public eye, often appearing in photos together but not speaking about their romance in interviews. Gaga previously went through a heartbreaking public split from ex-fiancé Taylor Kinney in July 2016 after five years together.

Rumors about a possible engagement between the “Shallow” singer and Carino first started circulating in November 2017. The speculation picked up steam when she hit the 2018 Grammys red carpet wearing a massive pink diamond ring. But if wedding plans are in the works, they’re (unsurprisingly) being kept under wraps.

Are you surprised to hear Lady Gaga finally confirm her engagement? Let us know @BritandCo!