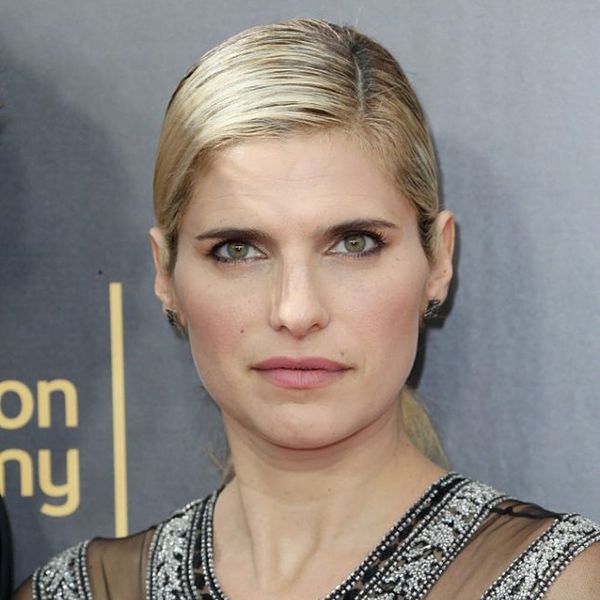 The babies are coming! From Sofia Vergara to Amanda Seyfried, Rosie Pope, Bradley Cooper’s model GF and many, maaaany more, these past few weeks have seen more pregnancy announcements than we can possibly count. And now, we’ve got yet another celeb to add to the growing list of mamas-to-be, because Lake Bell is expecting.

The 37-year-old The Secret Life of Pets actress attended the AG + Vanity Fair Opening of Saved in Los Angeles on Thursday night and surprised fellow A-list guest and fans when she arrived in a chic little black dress that hugged all of her curves… and a big baby bump!

Lake posed for plenty of photos, cradling her growing belly while absolutely glowing alongside her tattoo artist hubby, Scott Campbell (perhaps he could come to Tom Hardy’s rescue so that he doesn’t have to be tattooed by Leo DiCaprio?!)

Lake and Scott first met on the set of HBO comedy-drama How to Make It in America back in 2011 and tied the knot less than two years later at a ceremony at the Marigny Opera House in New Orleans, Louisiana. The very next year, the couple welcomed their first child into the world, an adorbs baby girl named Nova: Looks like she’s soon to get a mini partner in crime!

How exciting! Fingers crossed for a picture perfect fam photo a la Bristol Palin when the little bundle of joy arrives. Congrats, you two.